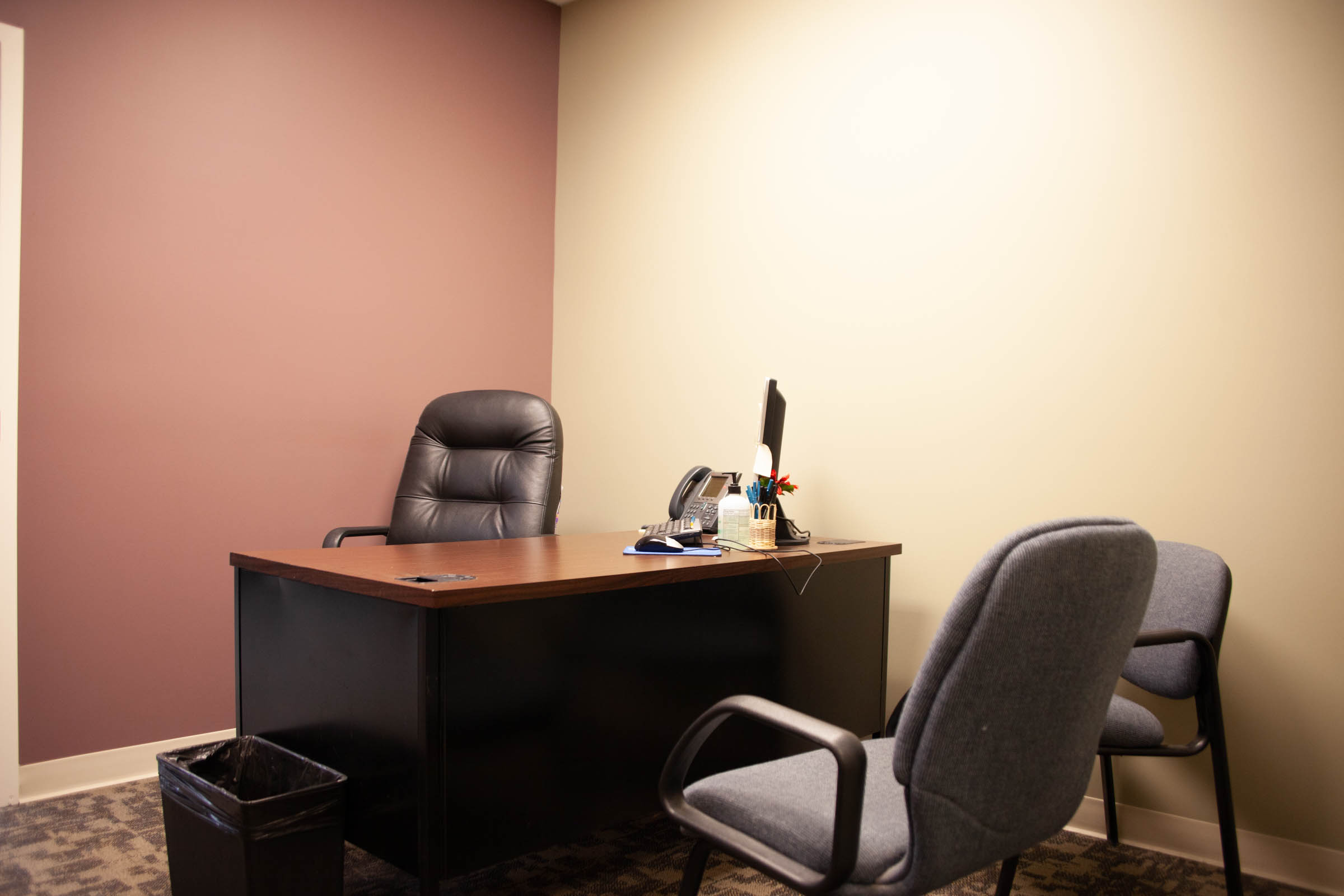 What Does Your Desktop Say?

I’m always changing the desktop wallpaper on our computer at home. I just got rid of the Valentine Day’s hearts for February and replaced them with a couple of Irish Dancers for March and St. Patrick’s Day. The boy dancer looks a bit goofy, so I will probably change it again— I’m thinking a leprechaun or shamrock. Over the holidays I had a slide show of Thanksgiving and then Christmas pictures set up in the screen saver , which irritated my wife Diane. When the grandchildren come to visit, I usually put up something like images of SpongeBob Squarepants or Disney princesses.

On my work computer I have our company logo on the home screen. My daughter and her husband have a slide show of pictures of their children constantly playing on the computer in their kitchen. For a lot of people these screens have become our personal art galleries.  A few years ago a British study of the psychological meaning of computer desktops was commissioned by Microsoft. Psychologist Donna Dawson reviewed a sample of office workers’ desktops seeking factors which reflect personality traits. She said “….desktops are our personal space and as such provide a fairly accurate personality description of an individual.”

According to eMarketer, the average American spends over 5 hours a day looking at screens. BioniX a company that makes software that helps people customized their computers, quotes a customer who says, ““One of the things I love about getting a new phone or computer is not just the things I can do with it, but the fact that I can personalize it and make it my own. I like my technology to reflect who I am, what I’m into, my opinions and beliefs.” The website also says that such customization helps people “feel at home” with their device and implies that no one would ever “dream of using the factory settings” for their desktops.

BioniX also says that getting a new device is much like buying a new home. The first thing you want to do is to redecorate it and make it your own. Since we spend so much time with our screens they say, “the choice of the image that greets us every time we fire up our laptop is an important one”. Brian McGannon, a columnist from postgradproblems.com says, “Maybe you’re a minimalist who likes to keep it simple, or maybe you’re the flashy type who has a beautiful cityscape with lightning flashing in the background. Either way, that desktop background can provide a deep look into your personality.”

Many people consciously choose images that are a source of inspiration. These pictures may be spiritual or religious in nature. Personal beliefs may also be expressed through political and historical images or quotations. Calming images that evoke relaxation or pleasant reveries are often seen on work desktops used to reduce the ill effects of on-the-job stressors.  Desktop visuals may also serve as reminders for goals we want to achieved or resolutions we wish to keep. Additionally the number and organization of icons on your desktop also may have psychological significance.  Along with Dawson and McGannon, writers Jeff Wysaski from pleated-jeans.com and Sophie Daste from Sparklife have offered their take on the different kinds of desktops people use. These along with some interpretations stemming from the content analysis of common symbols are presented for several desktop themes below.

1. Windows/MAC Default: Use of factory loaded defaults is generally associated with older users who may not be very tech savvy regarding how to personalizes the device. They also imply a lack of artistic temperament, being overly simplistic and old fashioned. It may also point to depression and a lack of energy or perhaps contempt for modern technology. You also may just be “stuck using your dad’s old laptop.” On a MAC it suggests someone who is easily pleased, unimaginative, and perhaps uses the use computer sparingly and only bought a MAC because of its association with youth.
2. Plain Blue Wallpaper: This simple, but often used, wallpaper suggests that the user possesses the technical skills to personalized the computer. This ability, however, is overpowered by a defensive and guarded unwillingness to disclose very much. Overall it suggests someone who likes to keep their personal life private.
3. Cute Animals: In all likelihood this user is an animal lover, compassionate, optimistic, imaginative, charitable and very possibly a little girl. These images suggest some degree of distancing of the self from others. Cartoon animals represent one step further away from reality.
4. Sports Photos or Logos: This wallpaper is associated with personality characteristics such as team/city/college loyalty, adventurousness, hero worshipping, and possibly beer drinking. It also suggests aggressiveness, competitiveness, extroversion, and a high energy level. Unless of course unless it’s the Green Bay Packers, then it’s okay.
5. Nature: These images are often used by people value travel and tend to be dreamers. They are commonly associated with people who lack windows in their workspace and need a vacation.
6. TV/Movie Characters or Scenes: People who use these backgrounds tend to be homebodies and loyal Netflix users. They may be imaginative and have an active fantasy life. This type of screen may overlap with the Celebrity Crush desktop, which is generally harmless unless you are over 15 years of age, when stalking becomes a viable possibility.
7. Personal Photos: These users tend to be family-orientated, as they are often they are people with children.. They may also reflect travel or hobbies. Subcategories include photos of: (A) You and your significant other, which reveals romantic tendencies, but also exhibitionism, since it invites personal conversations; (B) you accepting an award . Such self-portraits strongly indicate narcissism — folks with big egos who revel in past triumphs. This category reminds me of a guy that Diane once worked for, who didn’t have any pictures of his family around his office, but instead had many pictures of himself; and (C) college days: these indicate a desire to return to the good old days where there was less pressure and responsibility. Unless you just got out of college last week, authorities agree that it might be time to move on.
8. Inspirational Quotes: These are used by people who are overly conventional, easily influenced, and generally happy with their lives, although they may feel pangs of ambition at times.
9. Cluttered Icons on Desktop : When a desktop has icons strewn across the screen it suggests the owner is disorganized and tends to easily lose focus. Research reveals such people are e likely to be male, liberal, have higher education, be career-oriented, and are math whizs.
10. Highly Organized Icons: People with very tidy desktops are likely to be younger, non-urban, tech savvy, and place personal life ahead of work. When the icons are arranged symmetrically its suggests obsessive-compulsive features. If can also indicate they value balance and that they have the ability to keep a cool head, even in thorny situations.
11. Several Rows of Desktop Icons: This type of a desktop arrangement reflects a strong need to feel in control and prepared for every contingency. At the same time it indicates underlying anxiety, insecurity, and internal disorganization.
12. Seasons of the Year: Seasonal images are most often used by elementary school teachers who are constantly decorating bulletin boards and, of course, talented writers.