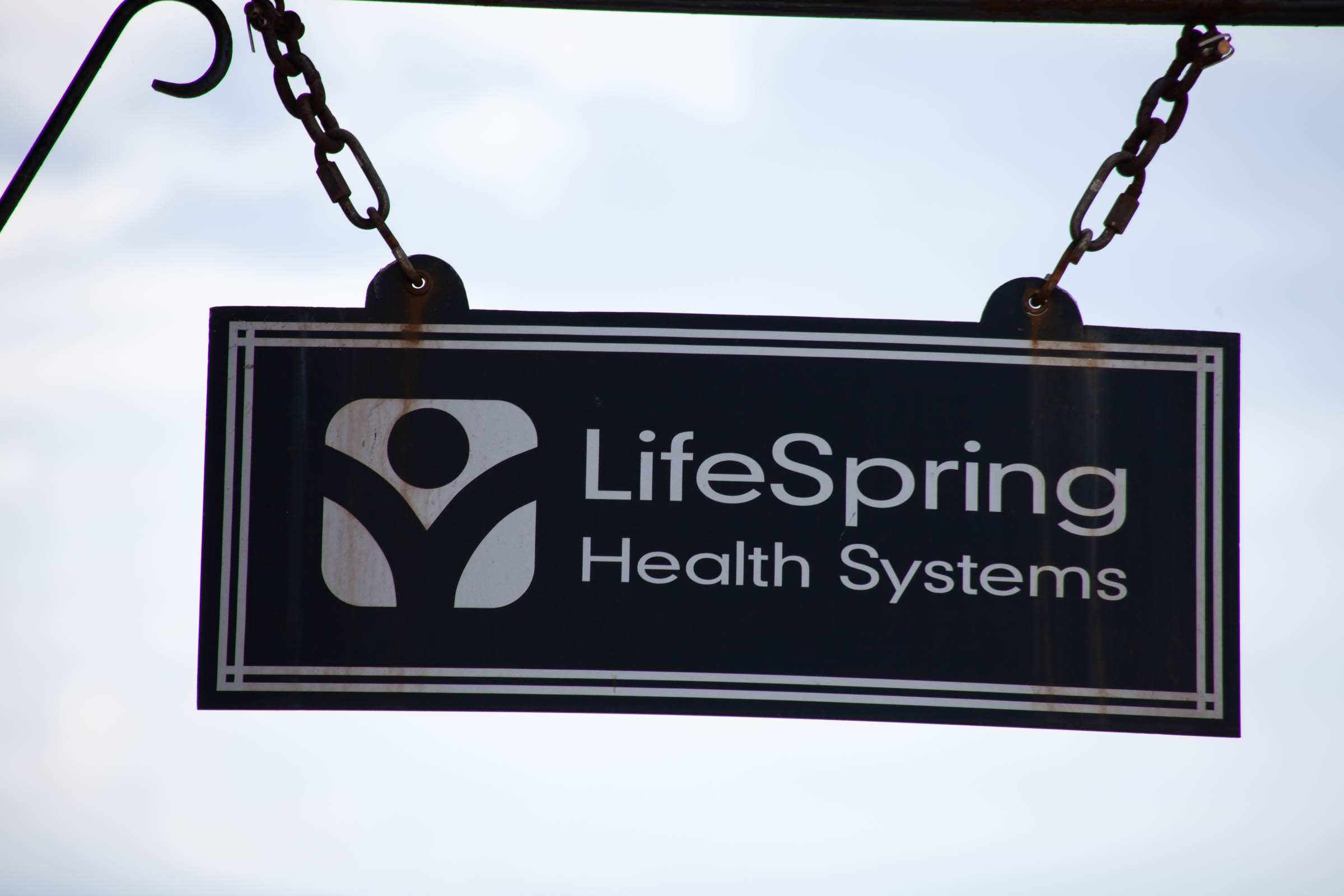 Last May the American Psychiatric Association (APA)   published the latest version of its diagnostic and statistical manual, the DSM-5. While some mental health professionals are already using it, many are holding off until October 1, 2014 when the United States adopts the 10th edition of the International Classification of Disease (ICD-10-CM) as the nation’s standard medical coding system.  The ICD-10 and the DSM-5 are compatible and share the same numbering system.

This new manual is a far cry from the slim amber-covered booklet that I was given when I first started working in the field of mental health in the early 1970’s. The Diagnostic and Statistical Manual of Mental Disorders-II (DSM-II) I used then was just the second revision of this best-selling manual and it was published in 1968. It contained a list of all the common psychiatric diagnoses along with a very short paragraph describing each one. These descriptions were very general and loaded with Freudian terminology and theoretical references. My favorite diagnosis back then was something called “Inadequate Personality”. I was told that this diagnosis, which is now long-gone, was used to describe people who no matter how hard they try, just can’t seem to succeed. These were folks like Charlie Brown, in the Charles Schultz comic strip Peanuts who seem to have “endless determination and hope, but who are ultimately dominated by his insecurities and a permanent case of bad luck”.

The DSMs evolved from the definitions use when collecting state hospital statistics and a World War II army publication classifying mental disorders.  Since the original DSM was published in 1952, there have been six major revisions.

The DSM has always been thought of as mental health’s most authoritative source. It was developed so that professionals could agree on what they were talking about in regards to research, diagnosis, prognosis and treatment of various kinds of mental disorders. There have been several rival systems, but none have posed a serious threat to the DSM, which has probably maintained its eminence because of its widespread use in insurance billing.

The DSM-II that I used contained 182 disorders and was 134 pages long.  The new DSM-5 is the size of a dictionary and has well over 300 distinct diagnoses. Over the years the DSMs have created a very financially successful cottage industry within APA, with the special hard-covered, soft back, on-line, and pocket-sized editions, to say nothing of all the accompanying commentaries.

Debate over the DSM-5 has been especially contentious with criticism coming from both inside and outside the DSM community.  It was hardly released before Thomas R. Insel, the Director of the National Institute of Mental Health, issued a statement that hi agency would no longer fund research projects that rely exclusively on DSM diagnostic criteria, due to its poor validity. This bombshell was followed by extensive disparagements from Duke University psychiatrist Allen Frances, an insider who was the chairman of the APA’s last DSM taskforce.

Francis says that the release of the DSM-5 represented, “the saddest moment in [his] 45 year career of studying, practicing, and teaching psychiatry.” He claims that APA has approved a “deeply flawed DSM-5“ which contains changes that are “clearly unsafe and scientifically unsound”. He advises clinicians to just ignore the changes that make no sense.  Francis has published two books describing the inadequacies of the DMS-5, the last one entitled, Saving Normal: An Insider’s Revolt Against Out-of-Control Psychiatric Diagnosis, DSM-5, Big Pharma, and the Medicalization of Ordinary Life. While the title smacks of conspiracy theory, the work describes the controversial political processes involved in making the DSM and points out   how a scientific best-seller can impact what treatments and medications ultimately will receive insurance reimbursement.

Therapist Gary Greenberg’s book wonderfully entitled, The Book of Woe: The DSM and the Unmaking of Psychiatry, describes how in his opinion the “DSM-5 turns suffering into a commodity, and the APA into its own biggest beneficiary”.

One of the first major public criticisms of the DMS-5 came from advocates in the Autism treatment community.  The clinical criteria for when a child can be diagnosed with autism has been tightened considerably and there has been estimates that these narrower criteria might   reduce the number of children who meet the new standards by anywhere from 10% to 50%. Results from a new government study, just published  in late January,  found that about 19%  of 8-year-olds previously diagnosed with an autistic  disorder no longer  meet the updated criteria.  Advocates understandably are afraid that this might lead to the disqualification and expulsion of   children from much needed school and other services.

Francis, Greenberg, and others critics are especially concerned about how DSM-5 pathologizes everyday experiences. One of the more contentious issues in the new DSM-5 involves the elimination of what had historically been called the “bereavement exclusion”.

In the old DSM people who had lost a love one and were grieving were excluded from being diagnosed with Major Depressive Disorder (MDD), because it was thought that giving such a diagnosis would mistakenly define the normal grieving process   as a major psychiatric disorder. The DSM-5, however summarily ends this exclusion and allows the MDD diagnosis to be given to people in the process of mourning a love one.

The framers of the DSM-5 mood disorders section believe that while depression and grief may overlap, they are not the same and can be clinically distinguished.  Also the maintain that such  grief and MDD can co-exist, just as MDD can coexist with other major life losses such as   a job loss,   being assaulted,  or experiencing a major disaster, such as a flood, tornado, or hurricane.   In their opinion, the bereavement exclusion often kept people with legitimate depressive disorders from getting the help they needed.

The DSM-5 has also been criticized for blurring the lines between other normal processes and psychiatric illnesses. Francis is  concerned that in  using the  DSM-5 criteria everyday  temper tantrums   might be  diagnosed as  Disruptive Mood Dysregulation Disorder,  simple overeating could be  diagnosed as a Binge Eating Disorder, and  even common place worries  might be viewed  as a case of Generalized Anxiety Disorder. He believes that even very small changes in such definitions can have negative unintended consequences such creating millions of new patients. In another example, changes in the criteria for the substance abuse disorders, for example,   may result in first-time abusers being placed into the same category as hard-core addicts.

According to Scientific American writer Ferris Jabr, the DSM-5 may have   an even more fundamental flaw.  Despite all of the tremendous advances in neuroscience, according to Jabr, the DSM-5 says virtually nothing about the biology of mental disorders. It was expected that the new manual would take a decidedly biological direction and incorporated the latest and greatest research in genetics and brain sciences.  In all fairness sophisticated biological markers are included as part of the diagnostic criteria for some sleep disorders, although this may seem like a token inclusion to most neuroscience researchers.

Personally I don’t like how the chapters have been reorganized and how the childhood disorders are scattered all about. It’s hard to find a lot of things. I was also quite surprised by some of the features and diagnoses that have been eliminated such as the multi-axial system, the Global Assessment of Functioning (GAF), and the subtypes of schizophrenic (such as paranoid, disorganized, or catatonic).

My wife Diane and I have completed two training on the DSM-5- one online and the other in person and we are gradually getting familiar with it.  Trying to keep up with all these changes could make you feel like an inadequate personality, if there ever was such a thing.