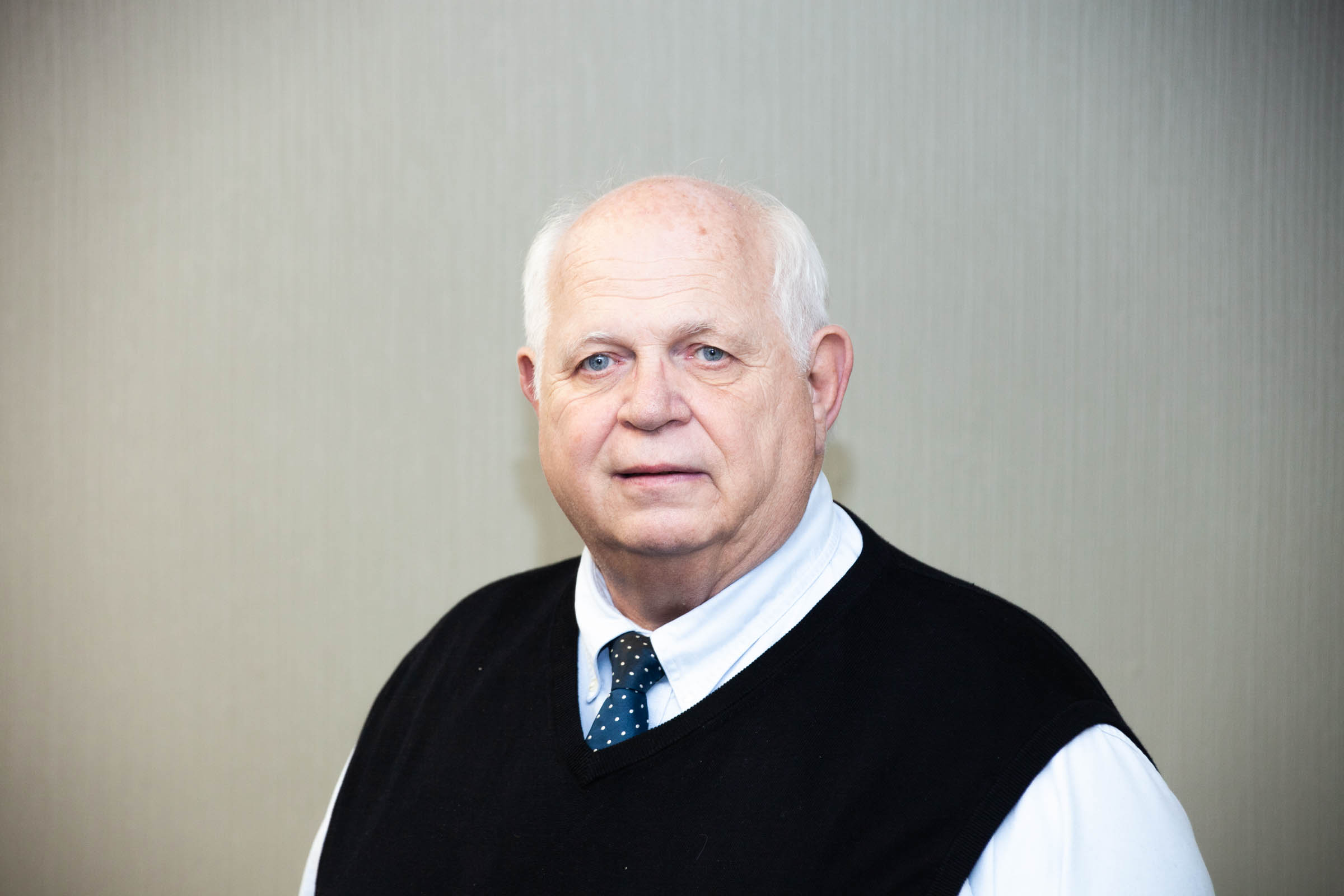 Dr. Terry L. Stawar currently serves as President/CEO at LifeSpring Health Systems and oversees all clinical and administrative operations, and serves as a liaison between staff and the Board of Directors.

Under Dr. Stawar’s leadership, LifeSpring has greatly expanded services and clinical outreach to ensure the neediest people of our community have access to healthcare. Dr. Stawar has overseen the implementation of a comprehensive electronic medical record appropriate for an integrated care setting, developed housing programs for the seriously mentally ill and those experiencing homelessness, and overseen the development and implementation of various integrated healthcare initiatives within the LifeSpring service continuum eventually resulting in the creation of a federally qualified health center within LifeSpring Health Systems. Today LifeSpring offers primary care services to all ages, regardless of ability to pay, at four locations. Most recently Dr. Stawar co-led an effort that resulted in the merger of LifeSpring Health Systems and the Southern Hills Counseling Center, Inc. This added an additional five counties to LifeSpring’s designated service area and increased the center’s operating budget by more than one-third.

Dr. Stawar achieved a Bachelor of Science in Psychology, with a minor in Sociology and Education, and a Master’s of Arts in Clinical-Child-School Psychology from Southern Illinois University. Dr. Stawar’s post-graduate work included being awarded a Doctor of Education degree with a psychology specialization from University of Central Florida.

Prior to joining the staff of LifeSpring in 1999, Dr. Stawar served as the Clinical Director at Peace River Center for Personal Development in Bartow, Florida where he was responsible for clinical operations in a large Joint Commission accredited community mental health center. Before his time at Peace River, Dr. Stawar served as Associate Executive Director for Mental Health Services of Orange County, Inc in Orlando, Florida. Dr. Stawar also served in various clinical and administrative positions at the Human Resources Center for Mental Health in Volusia County, Florida and the Region I Mental Health Center in Clarksdale, Missouri.
Dr. Stawar is a State of Indiana Licensed Mental Health Counselor, a State of Indiana Licensed Clinical Addictions Counselor, and a State of Florida School Psychologist, a Certified Psychiatric Rehabilitation Practitioner, and a Diplomate of American Board of Psychological Specialties. Additionally, Dr. Stawar has served in leadership positions of various organizations such as the Indiana Council of Community Mental Health Centers (Board of Directors), the LifeSpring Foundation Board of Trustees, the LifeSpring HUD Corporation Board of Directors, the LifeSpring Medical Services Board of Directors, the G. Pierce Wood Memorial State Hospital Advisory Board, the  Florida Council for Community Mental Health Board of Directors and Chairman of the Clinical Division, and as a member of the Brown-Starks Neighborhood Center Board. 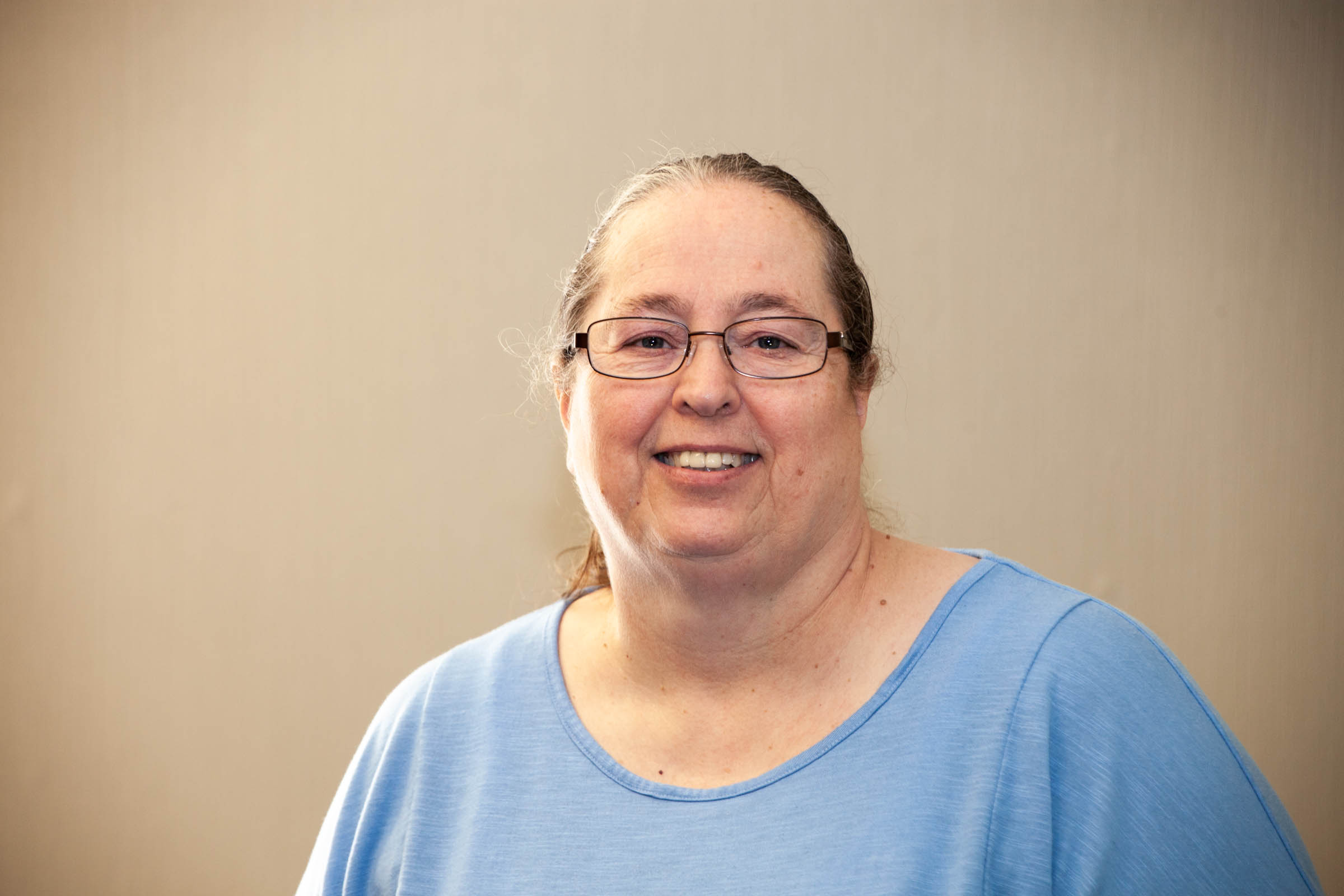 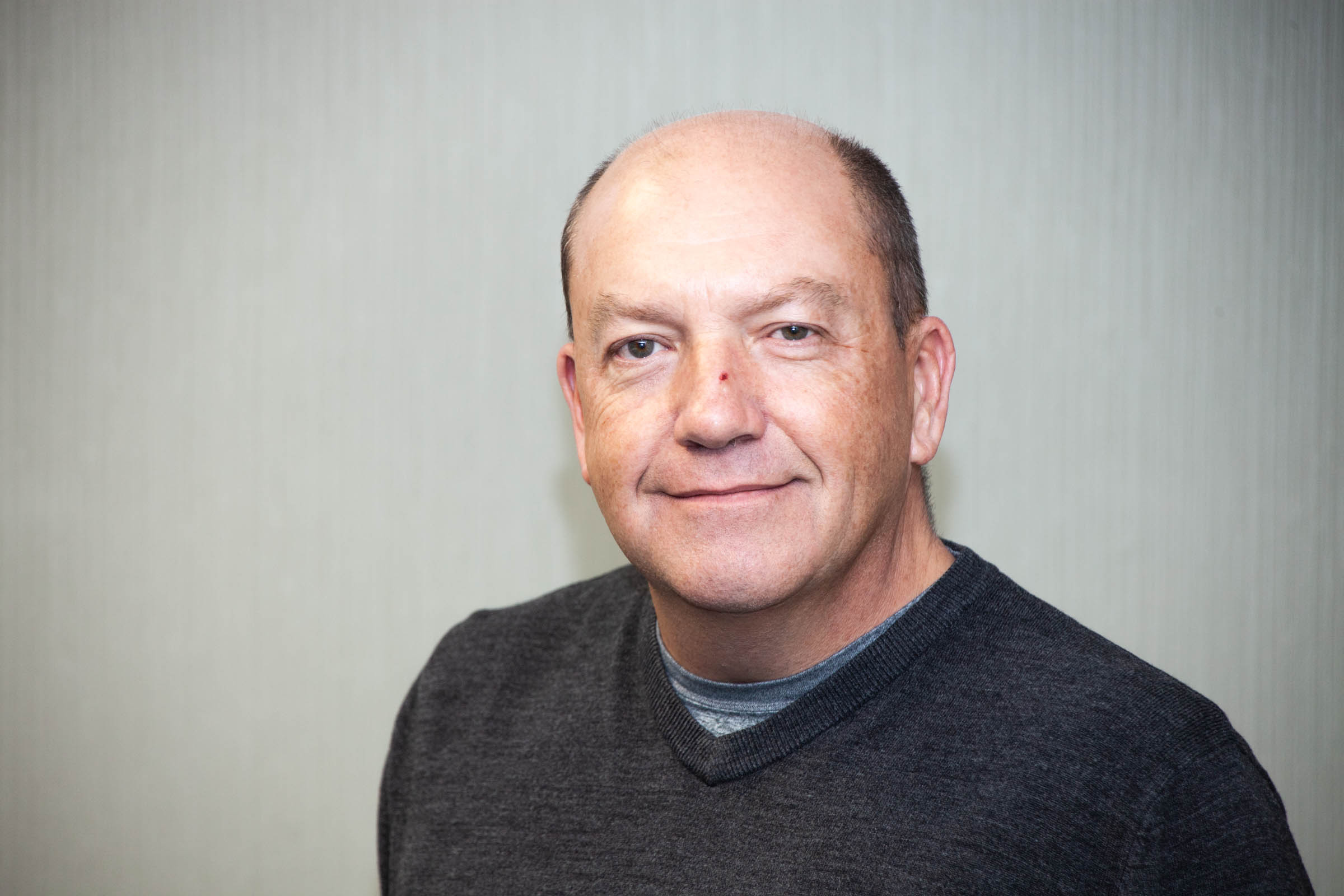 Nick Clark is the Chief Financial Officer for LifeSpring Health Systems and the LifeSpring Community Medical Services Program. Nick is a graduate of the University of Kentucky where he received a Bachelor of Science in Accounting. Nick is a member of the Healthcare Financial Management Association and the Indiana Council of Community Mental Health Centers. 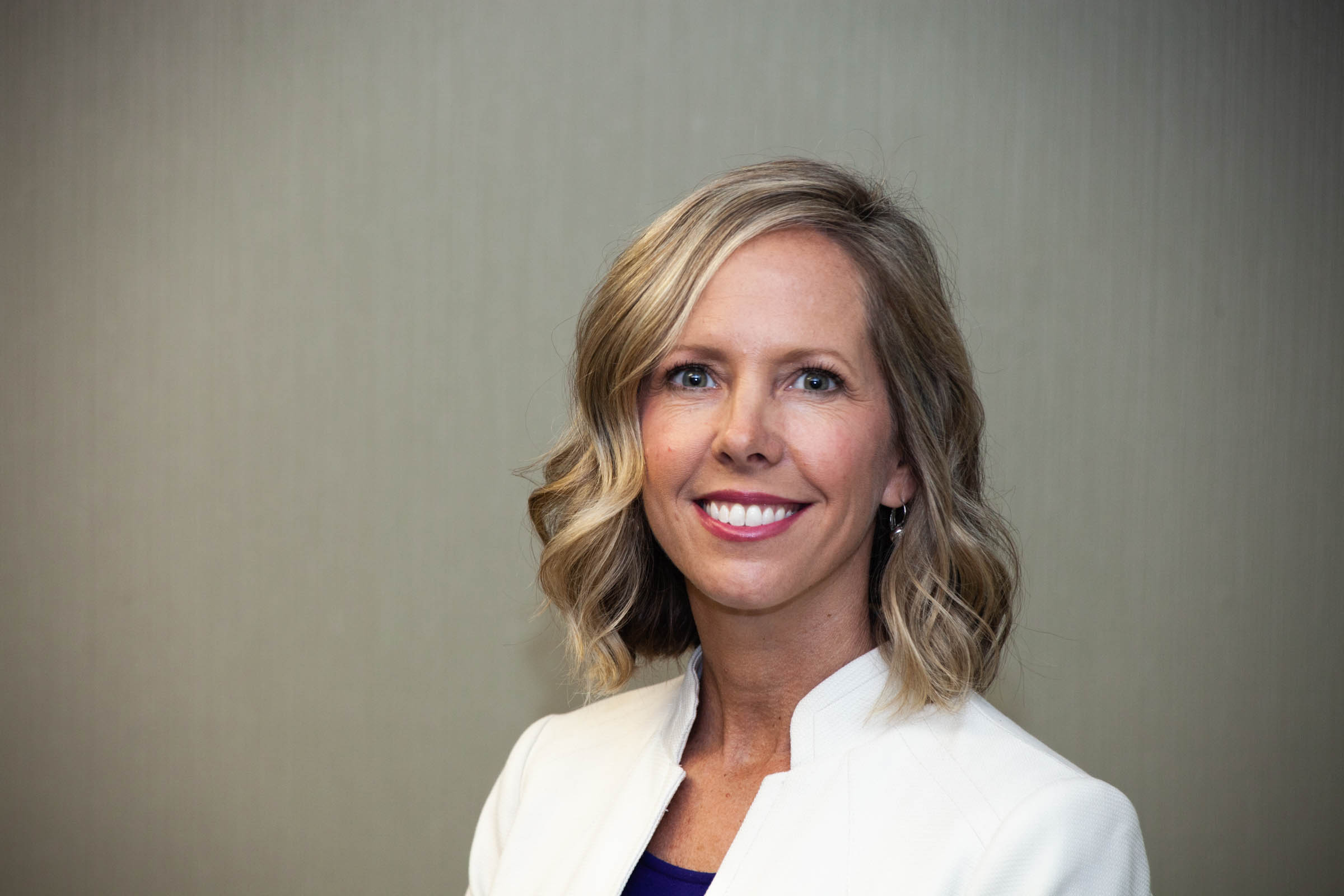 Misty Gilbert, LCSW ICOGS, Senior Vice President of Behavioral Health Services at LifeSpring serves as the director of behavioral healthcare for LifeSpring. She started her career at LifeSpring in 2006. Misty holds a Bachelor’s of Science in psychology from University of Louisville and a Master’s in Social Work from U of L’s Kent School of Social Work. 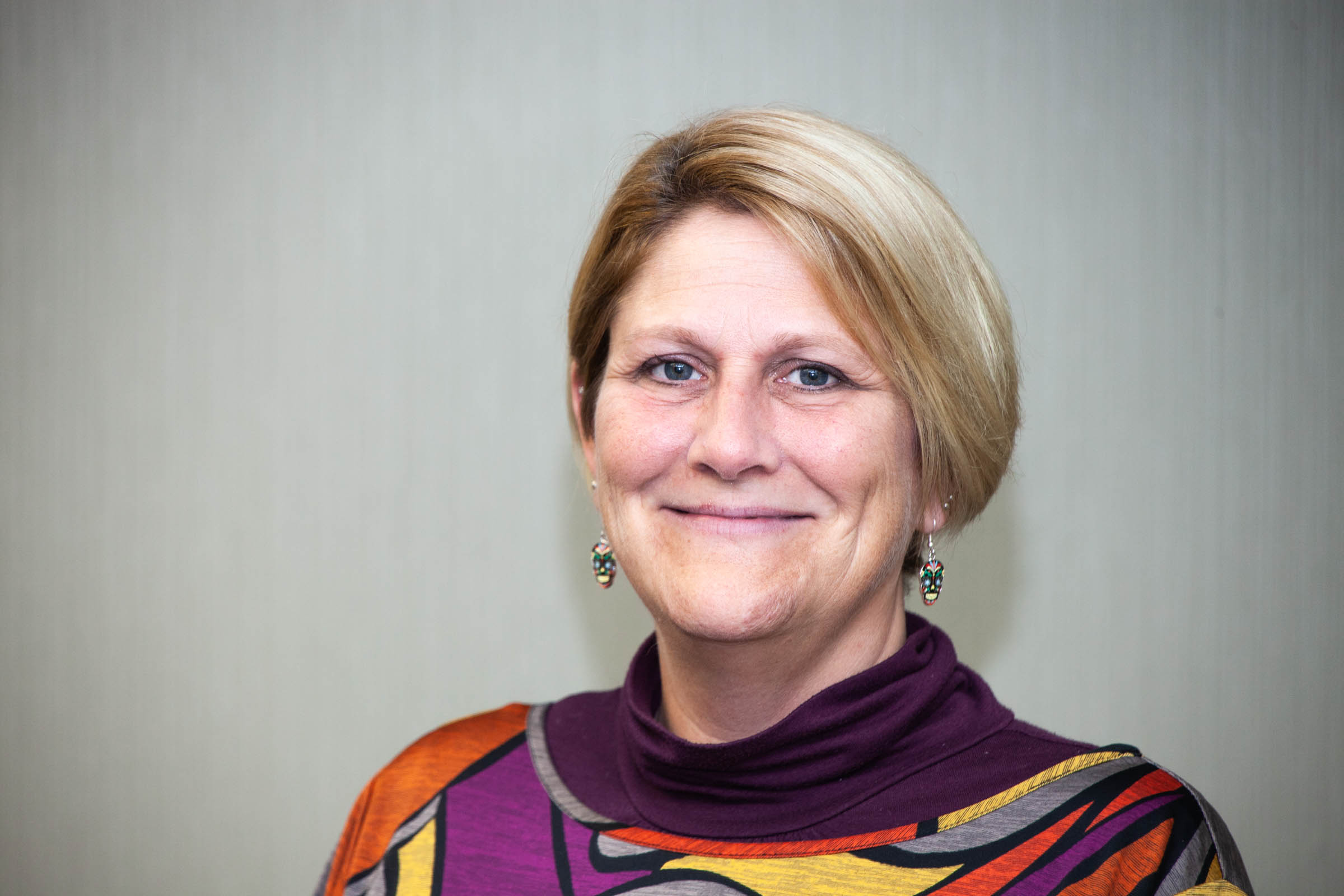 Meara serves as the Senior Vice President of the Metro Division. Meara has been with LifeSpring since Aug. 2015. Meara is a 2002 graduate of the University of Louisville Kent School of Social Work and has been serving the Southern Indiana Community since 1999. She specializes in Youth, Family and Community integration of services. 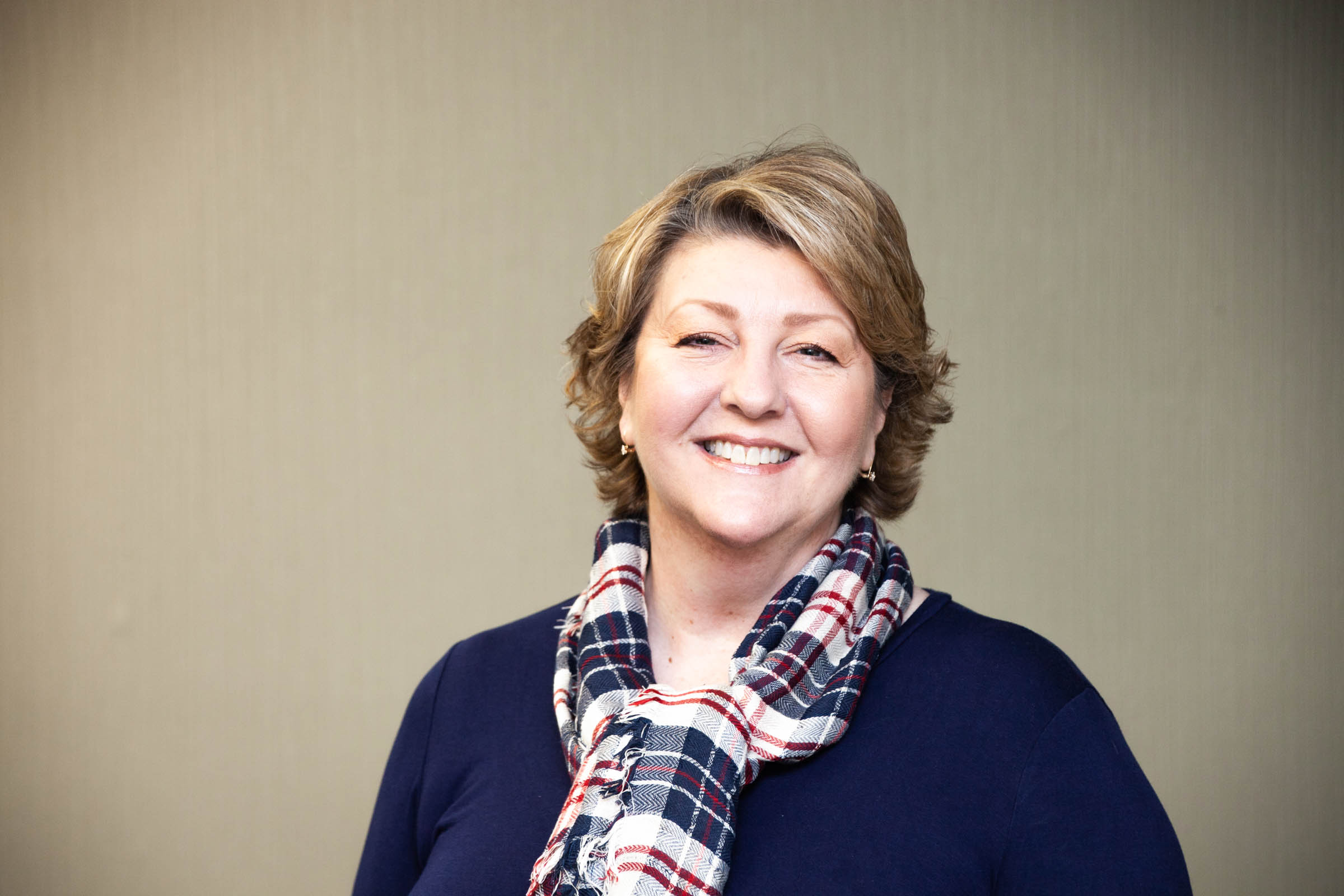 Karen is the Senior Vice President of Human Resources and Administration for LifeSpring Health Systems and joined the agency in 2000. She earned an MBA in Human Resources Management from Webster University and has 30 years’ experience as an HR professional in psychiatric, behavioral health and safety net healthcare. 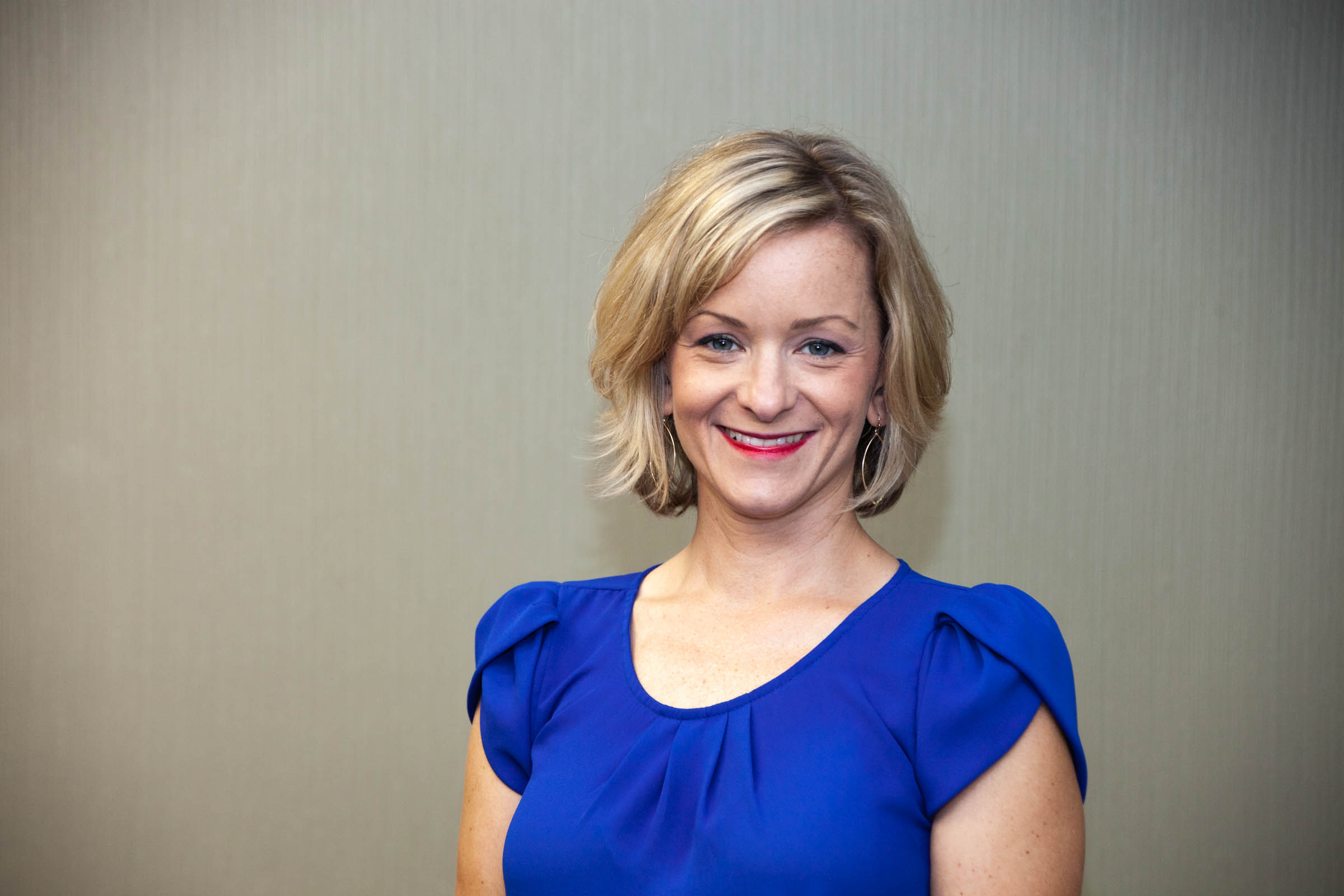 Beth received her Bachelor’s degree in Business and a Master’s degree in Business Administration from Indiana University Southeast. She recently completed a graduate certificate for public health through the Fairbanks School of Public Health at Indiana University and is pursuing her Doctorate in Public Health (DrPH) in Global Health Leadership. Beth’s research focuses on identifying key factors influencing how community resilience can mitigate the impact of opiate use disorder. 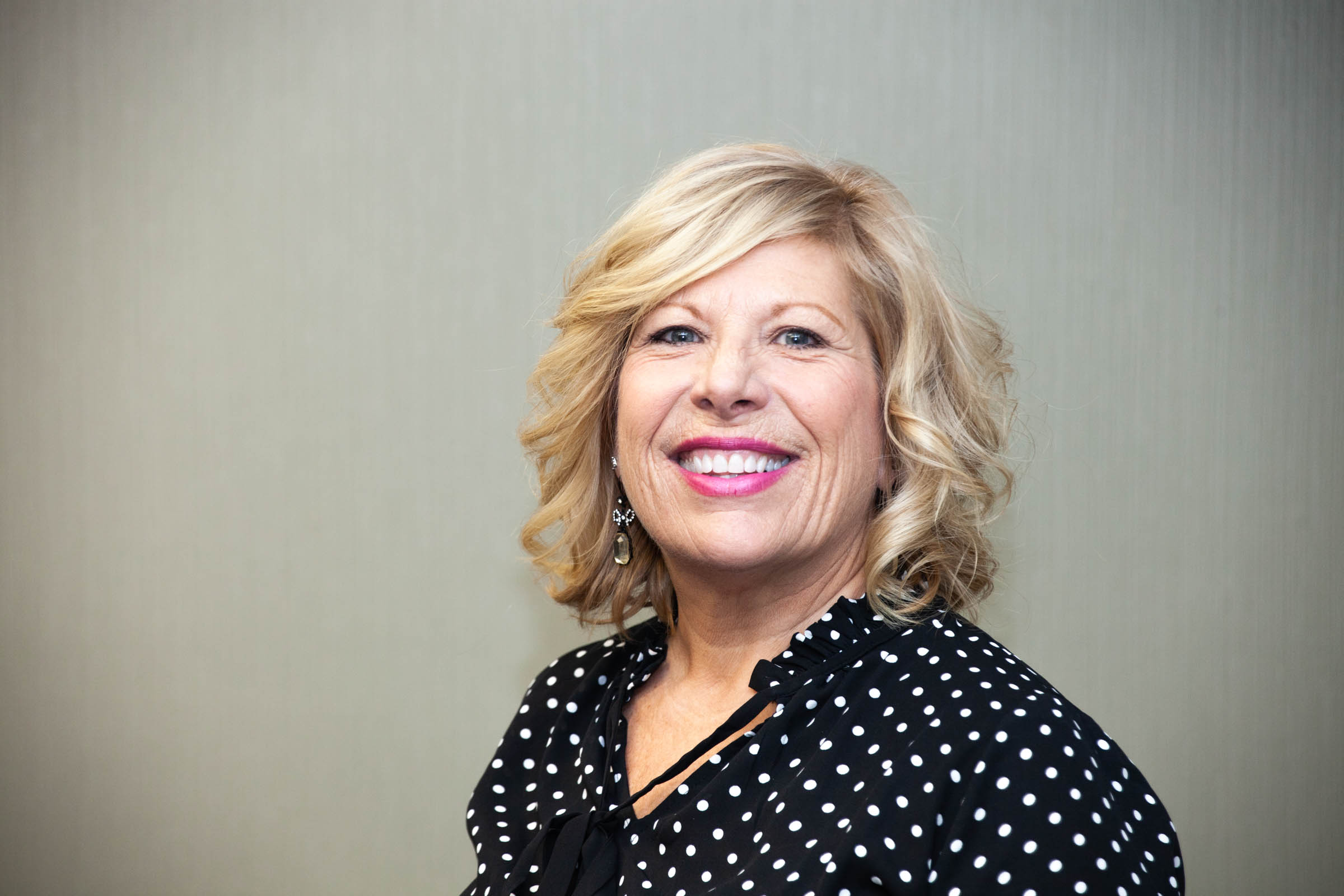 Denise’s area of clinical interest is with Criminal Justice Involved populations. Denise has received special training in prolonged exposure therapy and sex offender treatment. Denise is a Graduate of Eastern Kentucky University where she obtained a BS in Criminal Justice. She also attended Indiana University where she obtained an MS in Education/Counseling. 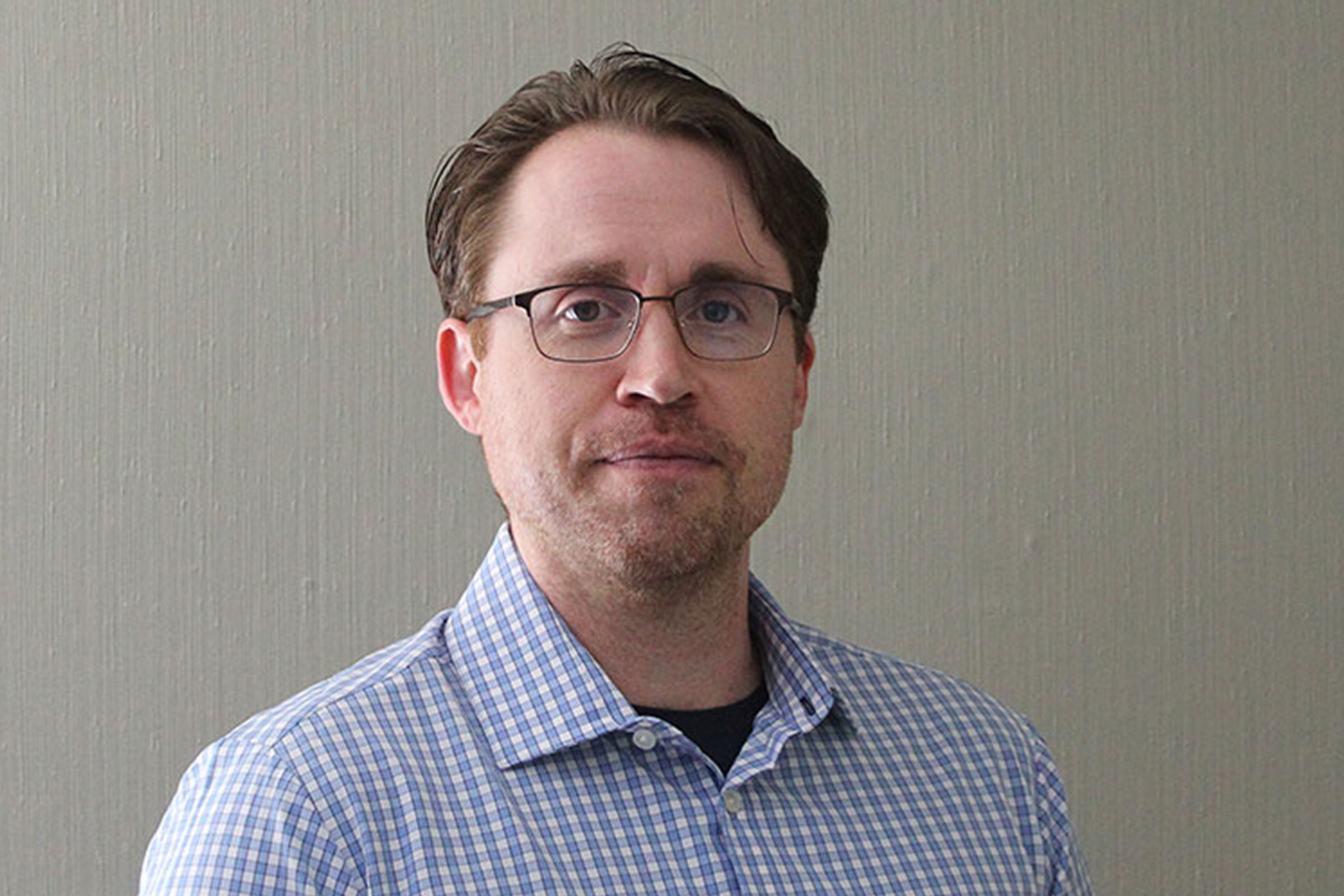 Christian Rice currently serves as Senior Vice President for Information Technology and Chief Information Officer at LifeSpring Health Systems.  Christian attended Indiana State University, majoring in Physics, and has continued his education in networking, and data science.  Most recently he is studying the impact and use of Artificial Intelligence in Healthcare. 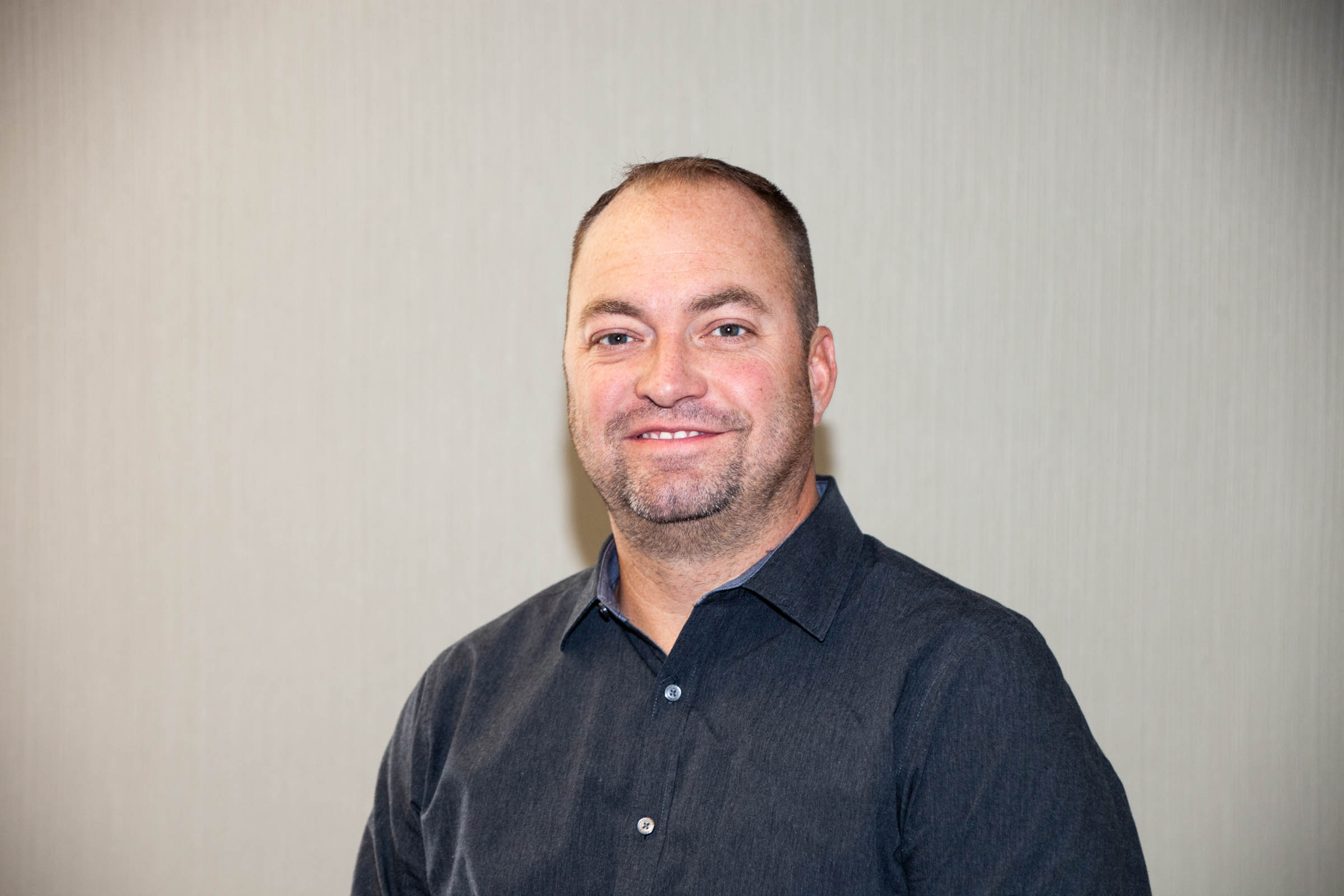 Eric currently serves as the Senior Vice President of Medical Services for LifeSpring Health Systems. Eric is also the Clark County Health Officer, as well as an attending physician at Clark Memorial Hospital, an Assistant Professor of Emergency Medicine at the University of Louisville. Other positions Eric currently holds are the Medical Director for the Alternative Health Solutions Occupational Health Clinic, Medical Director for Meade County EMS, and is the Chief Tactical Physician for the Jeffersonville Police Department SWAT Team. Eric earned his BS in Biology from Indiana University, an MS in Clinical Physiology from Ball State University, and attended Medical School at the University of Louisville. 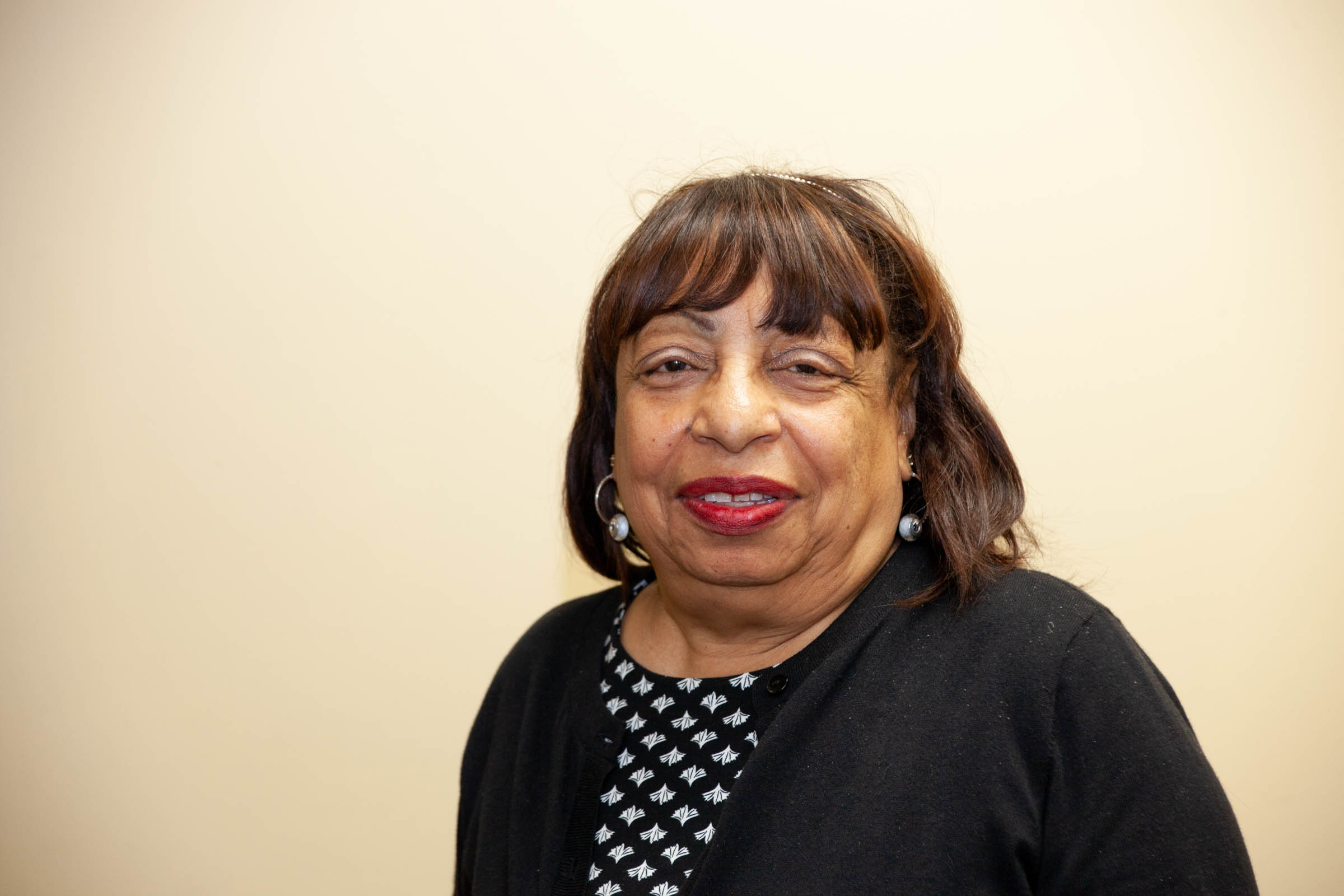 Wanda Booker, BSN serves as Vice President of Nursing for LifeSpring Health Systems. Wanda earned her Bachelors of Science in Nursing from Spalding University. Wanda has worked for LifeSpring for many years, first from 1971 – 1991 and she then returned in 1998. 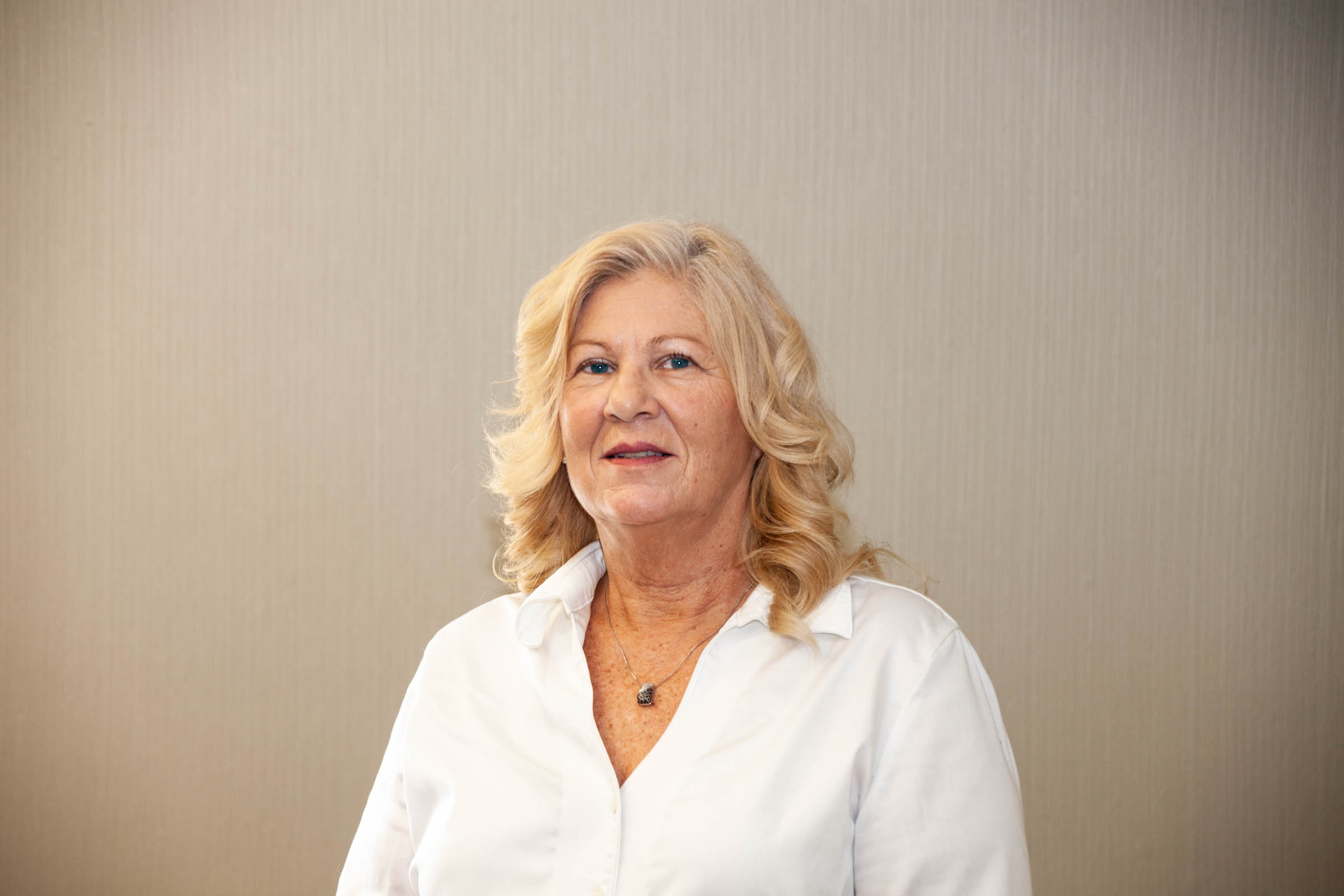 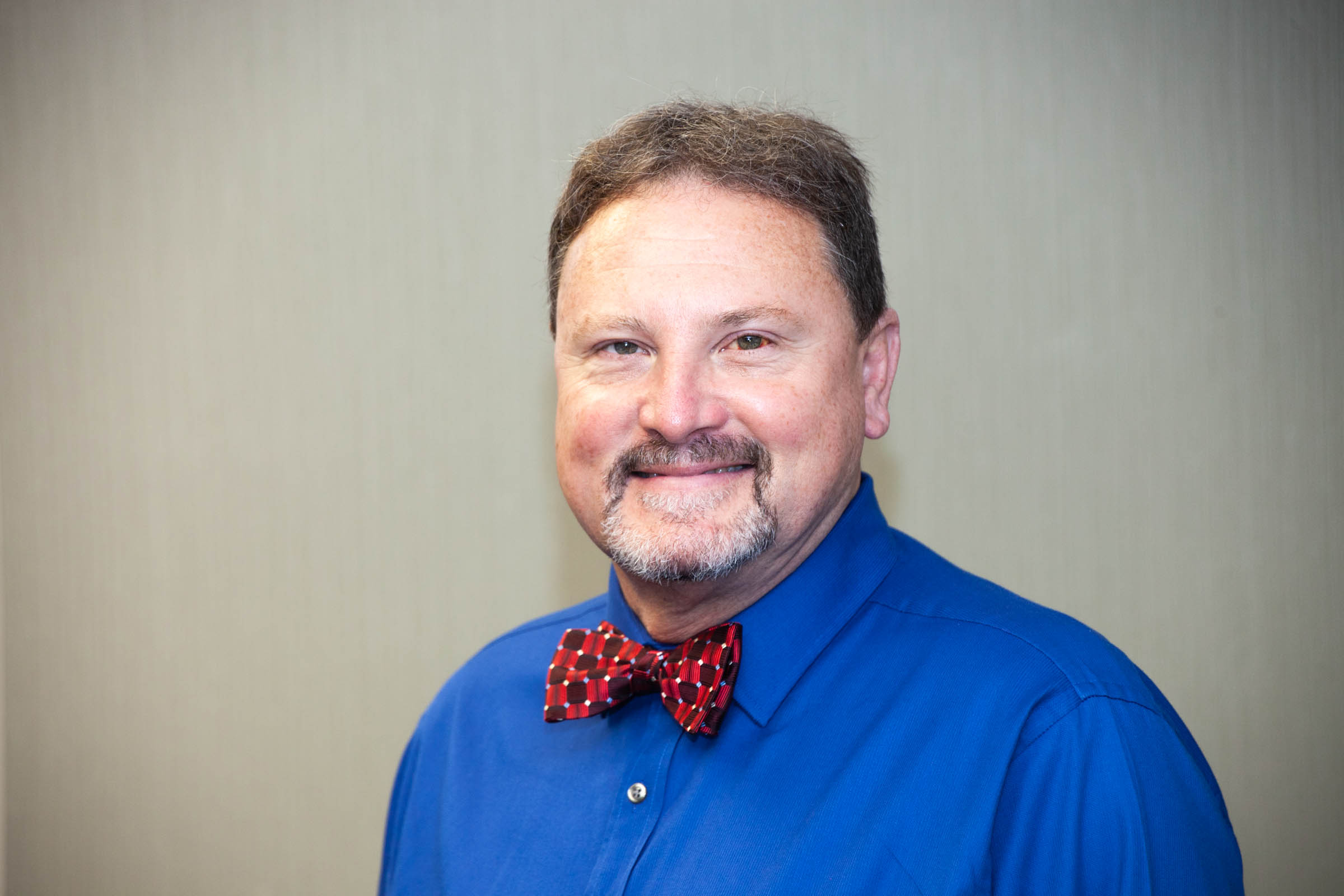 Joe serves as the Vice President for Eastern Division. Joe is a University of Louisville Graduate and holds a BA and MSSW, his area of clinical interest is in adolescence and related issues; parenting concerns. 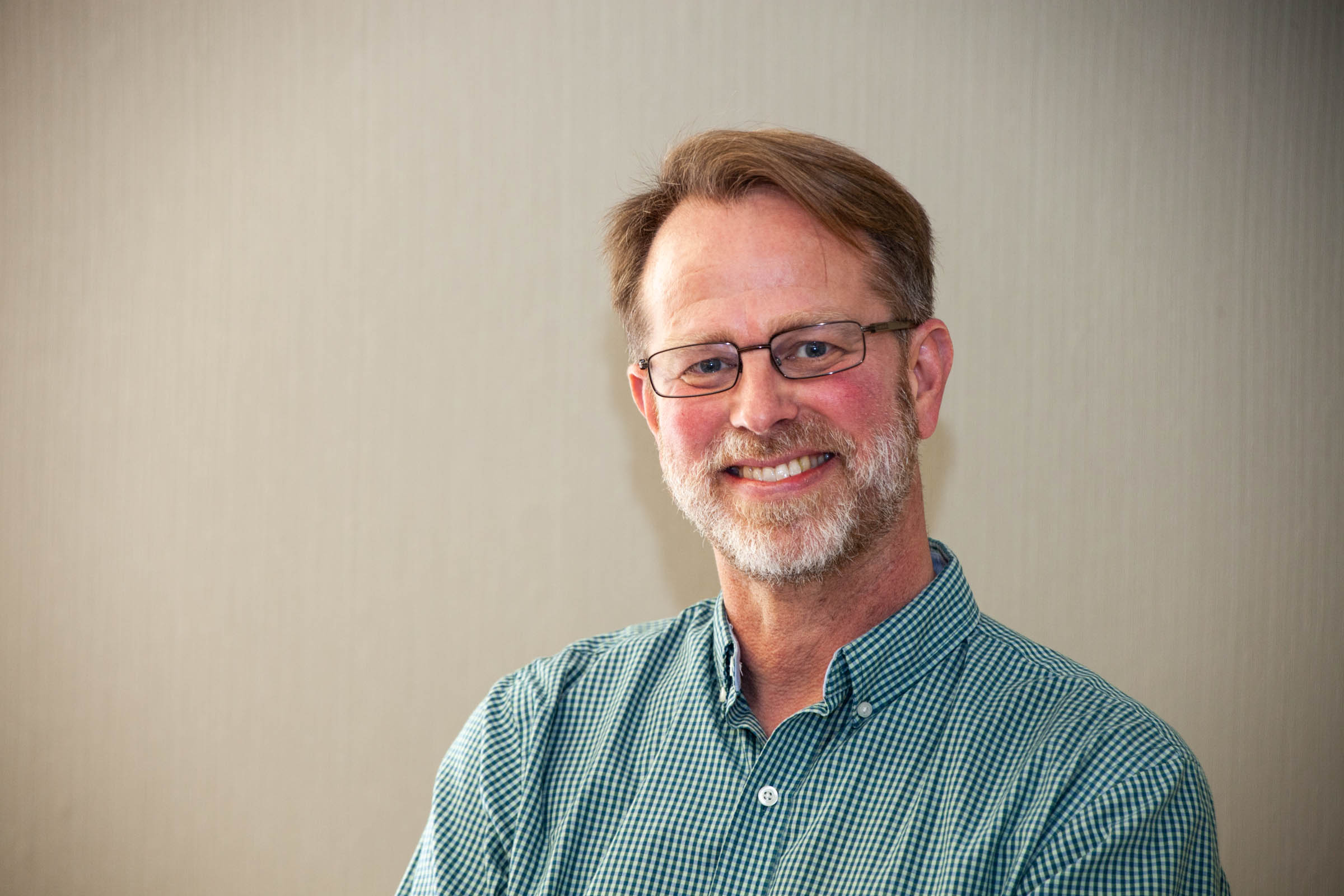 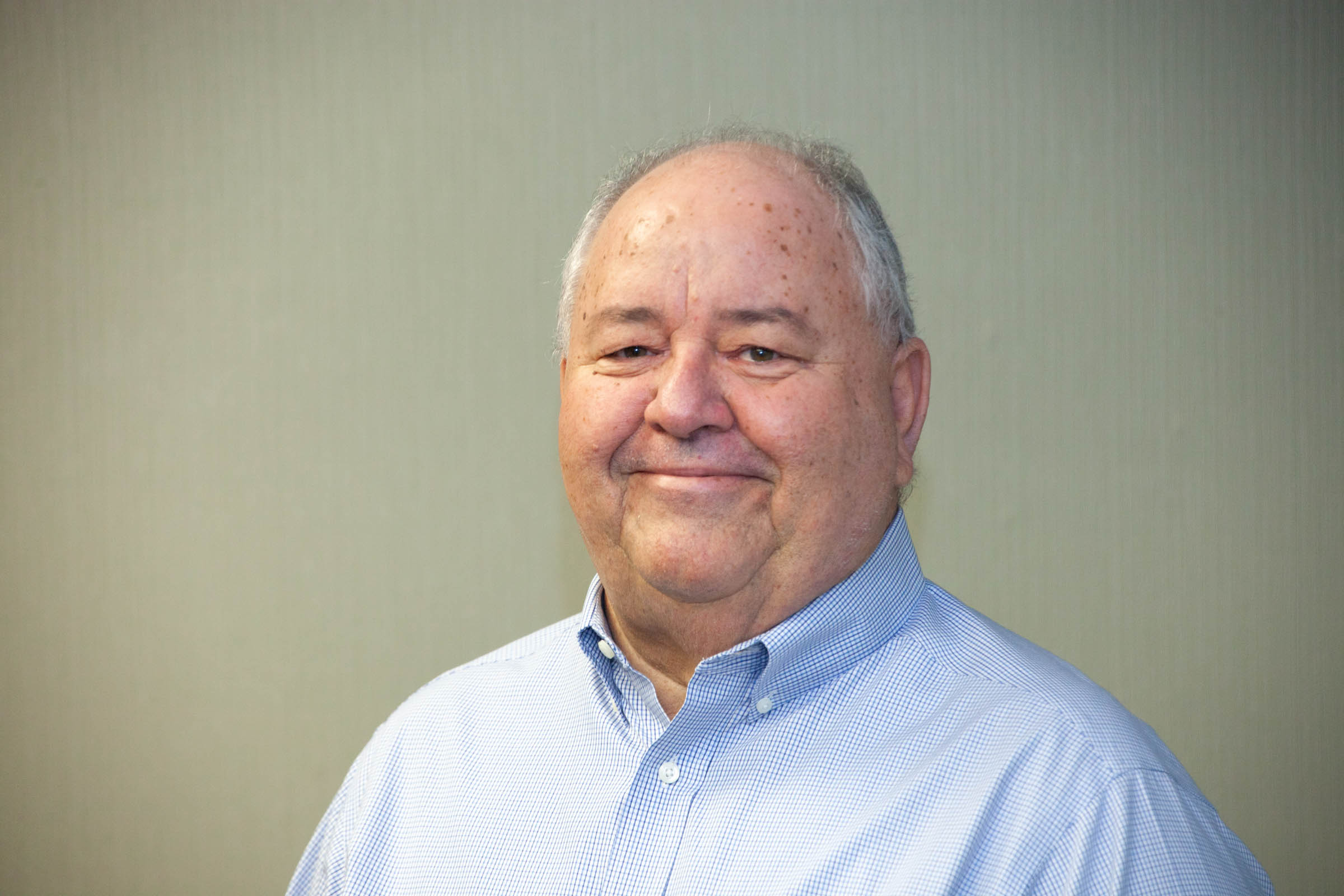 Marshall Lowery is the V.P. of Facilities for LifeSpring, Inc. He joined LifeSpring in 2004. He is also a licensed real estate agent. Prior to joining LifeSpring, Marshall held positions in the area of leadership, janitorial services, environmental services, hospital management, and roofing/construction ownership. 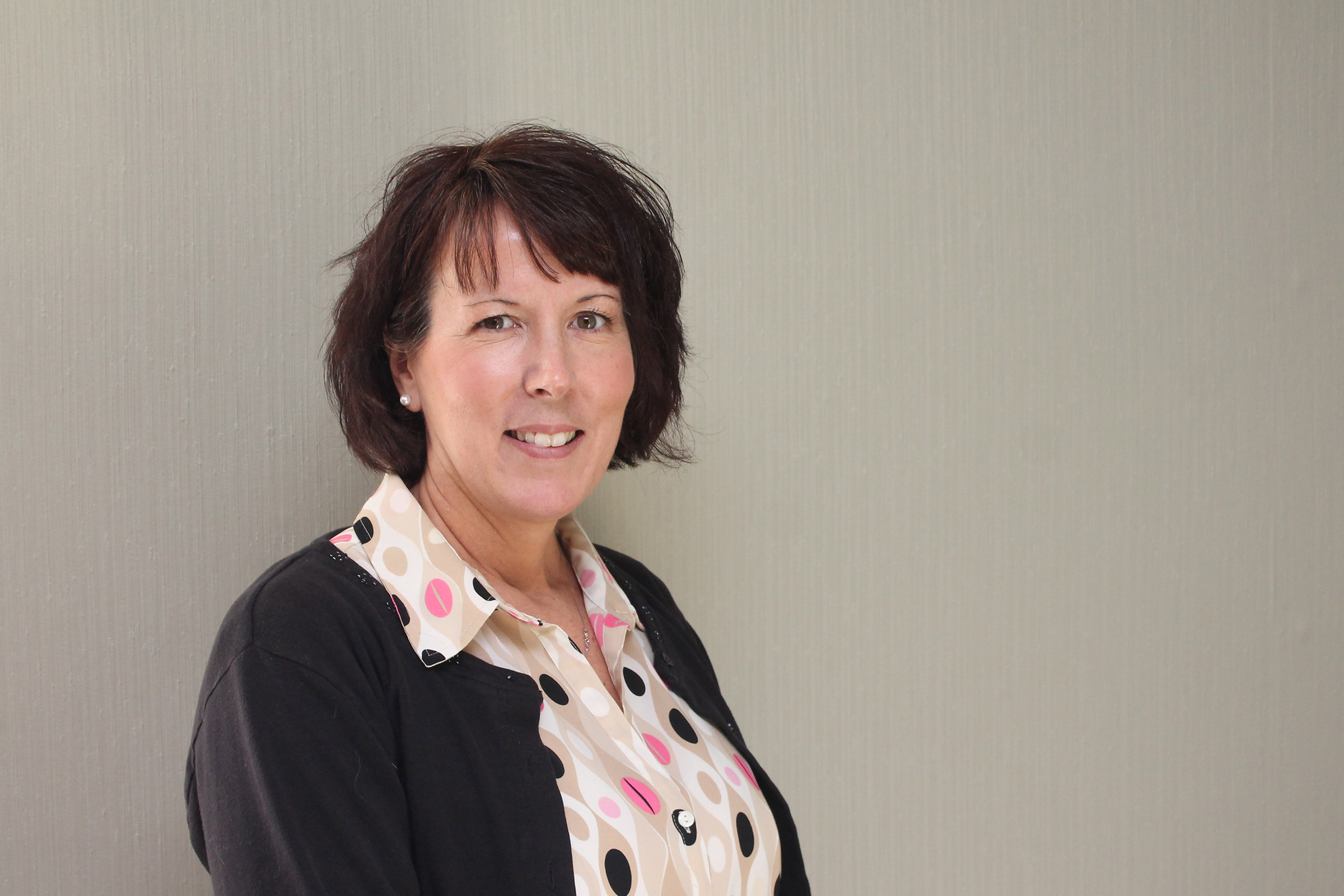 She has a B.A. in Psychology from Southern Illinois University – May 1990 and a MSW from the University of Illinois- January 1992

She started at Southern Hills in December of 2004 as Clinical Manager of the Dubois County Jasper office. 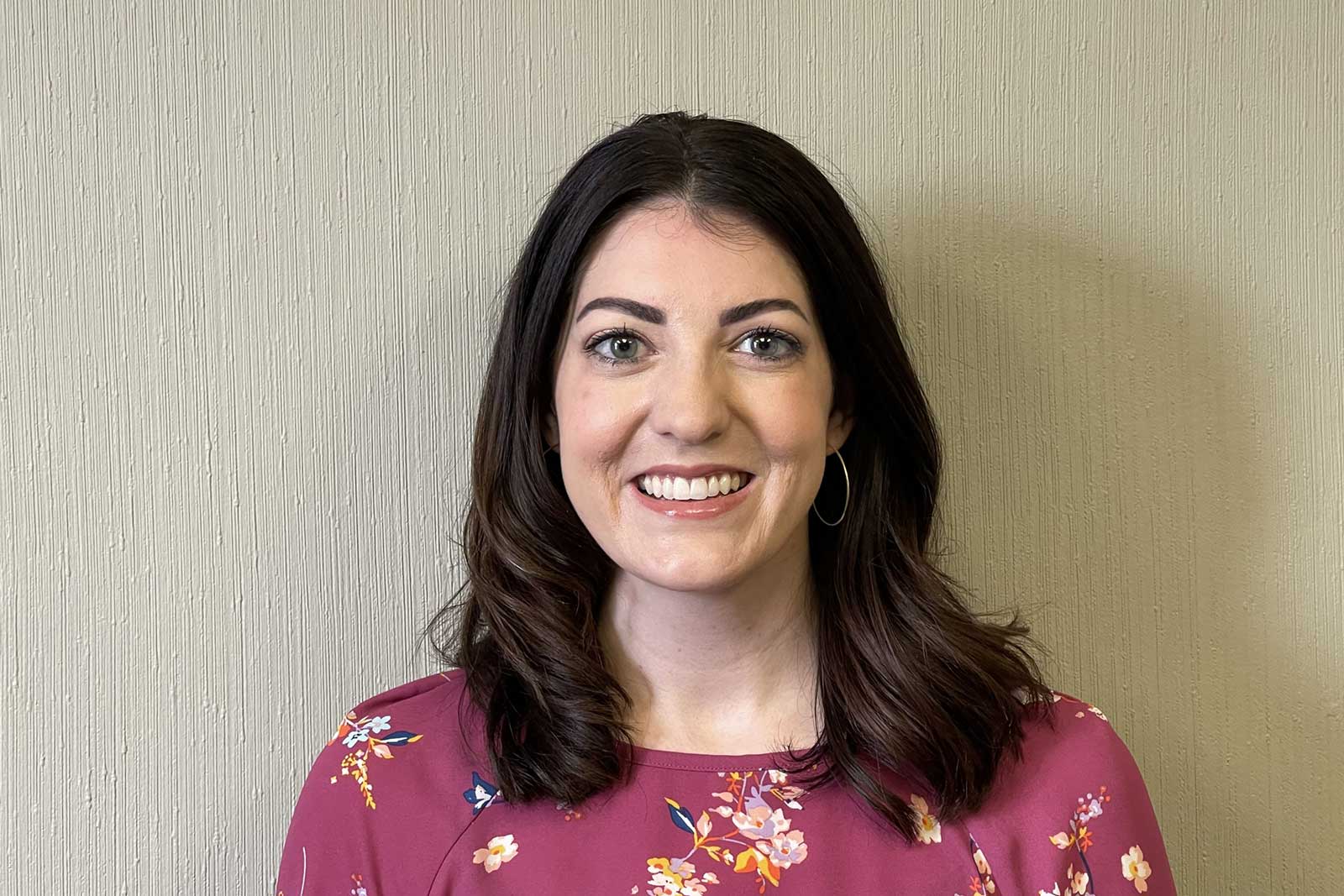 Lauren Pearson currently serves as the Vice President for Performance Improvement and Chief Quality Officer for LifeSpring Health Systems. Lauren joined LifeSpring in February of 2017. Lauren is a graduate of Liberty University with a B.S. in Clinical Psychology and Research. She holds a certification in Quality and Safety from the Institute for Healthcare Improvement. 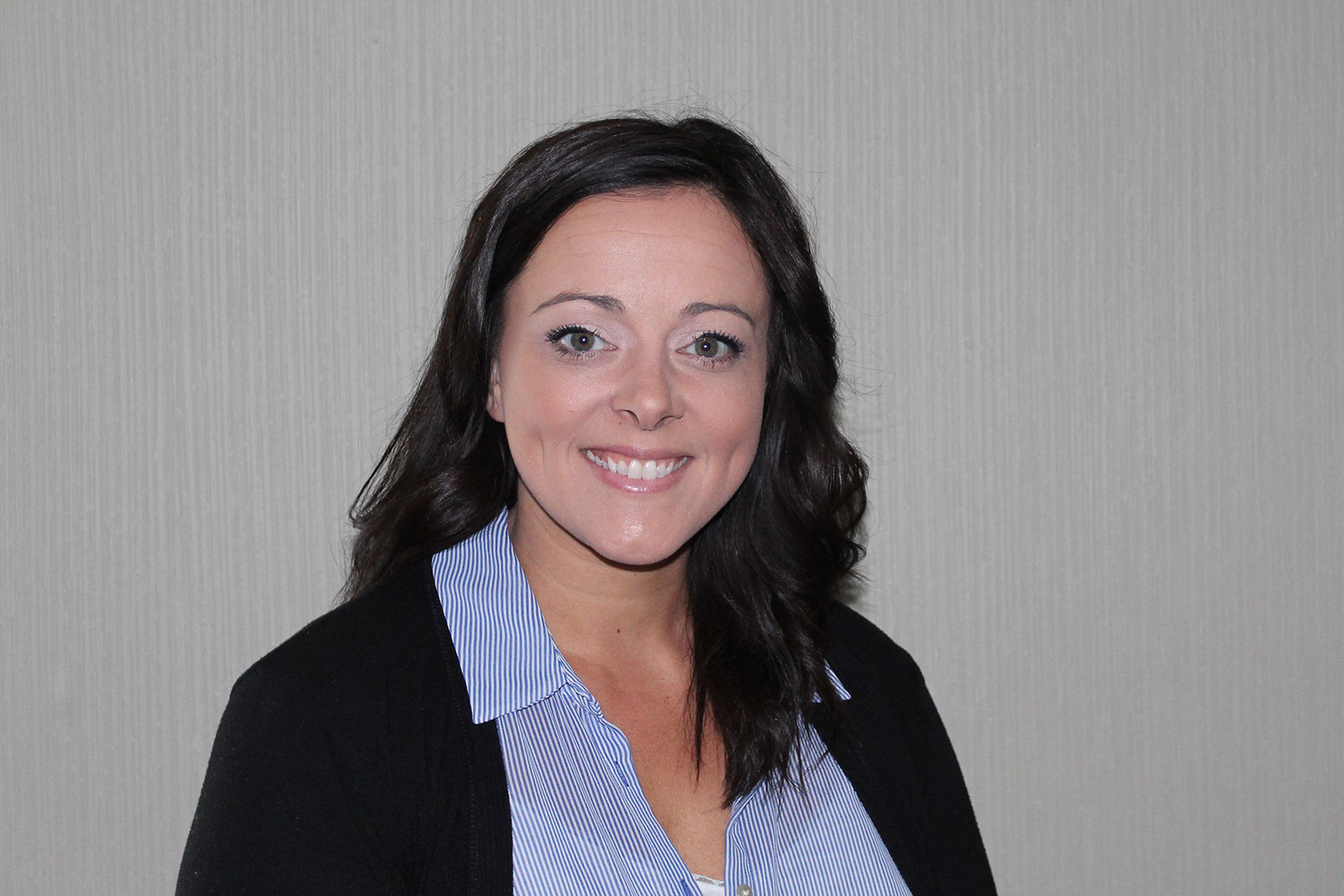 Lauren Perryman, LCSW serves as the Vice President of Recovery Services at LifeSpring. Lauren has been with LifeSpring since 2012 and is a graduate of the University of Louisville Kent School of Social Work. 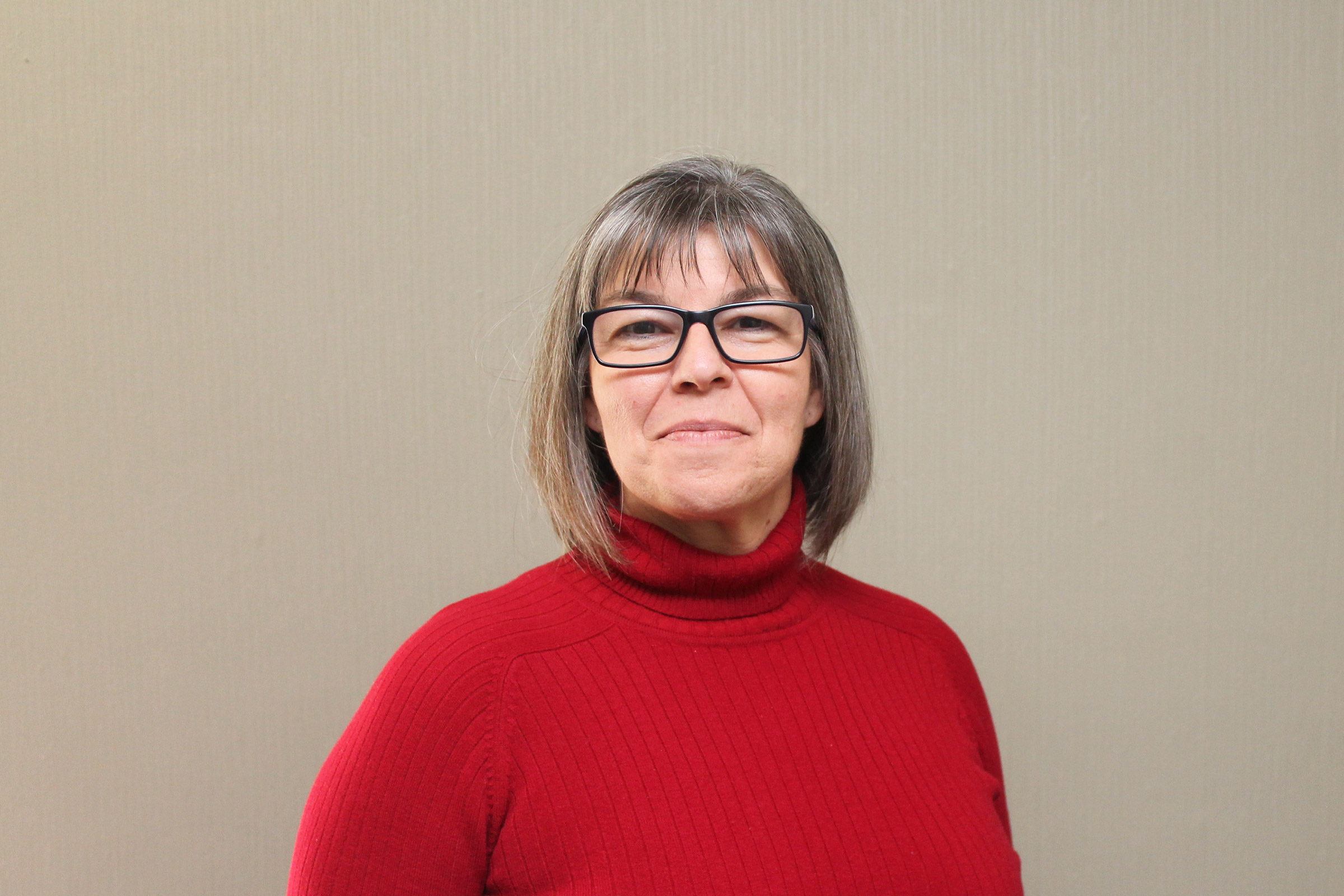 Mary began with Southern Hills Counseling Center, Inc. in June of 2006 and has now transitioned to LifeSpring. Mary is located in the Jasper office and provides Human Resources support for the Western Division. She received her Bachelor’s Degree in Industrial Management in 1989 and a Master’s of Science in Human Resources Management in 1991 both from Purdue University. 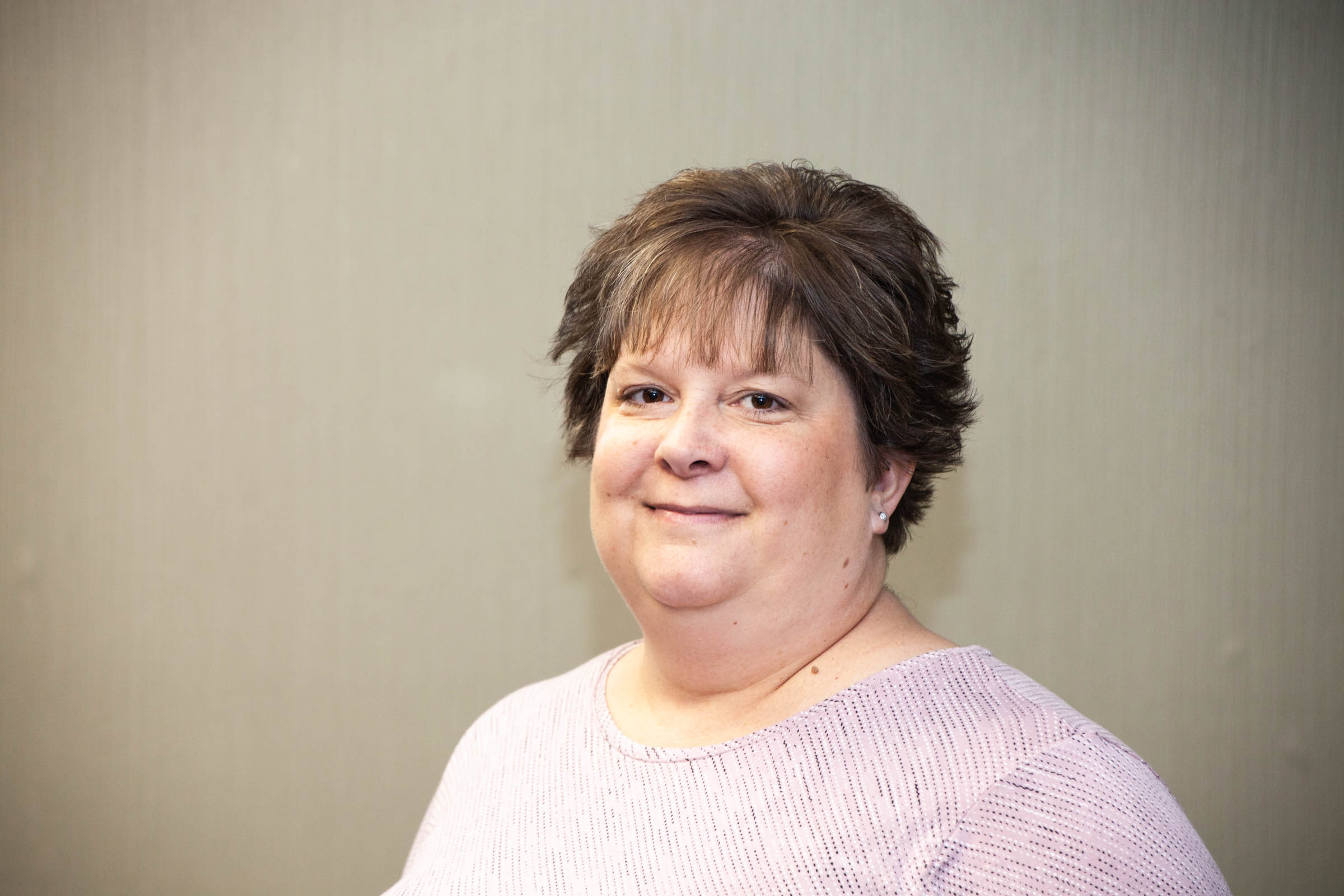 LifeSpring is governed by a dedicated Board of Directors.