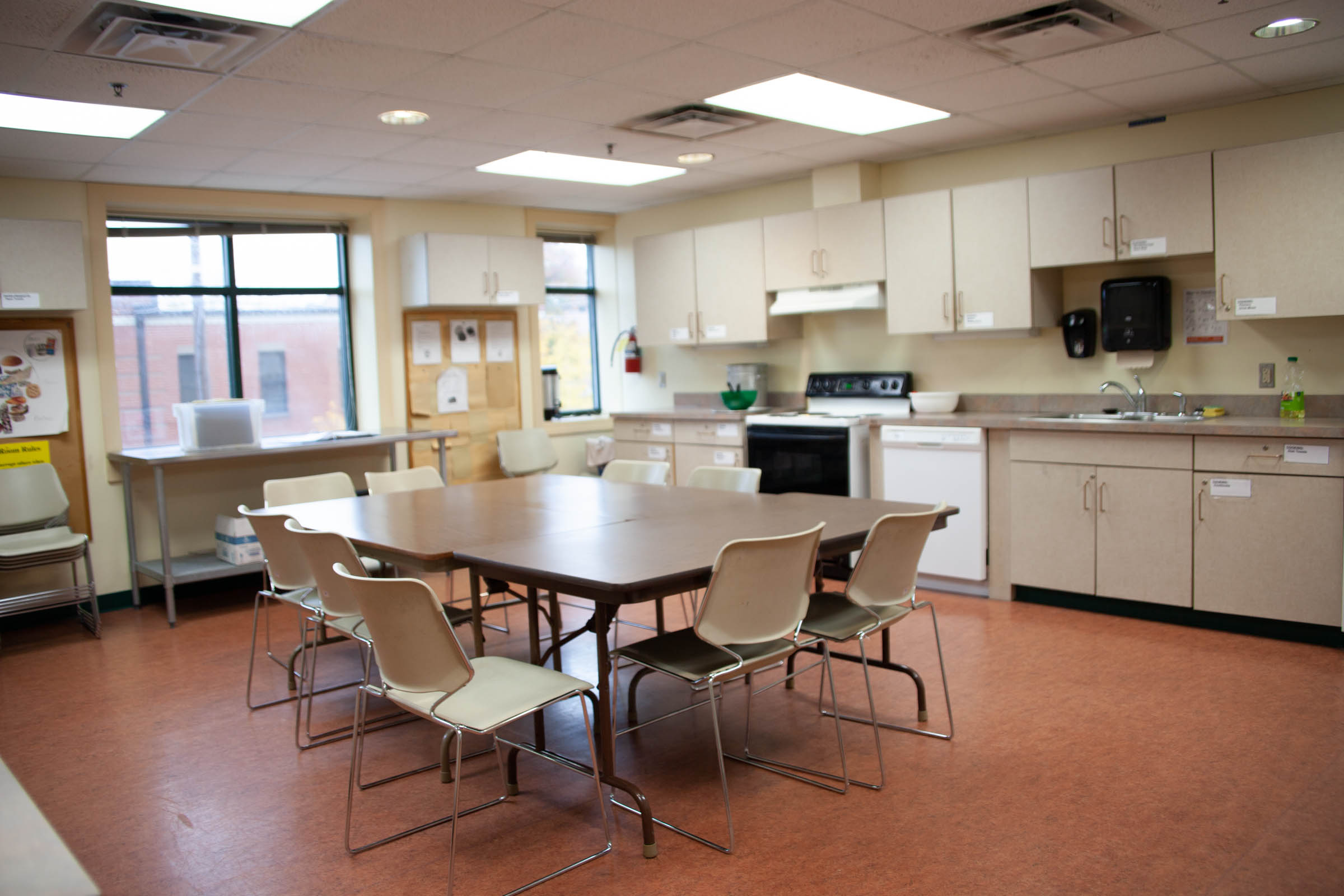 Bigger Than A Breadbox

The September 15th issue of Time Magazine reported that intrepid Mississippi alligator hunters recently bagged a 727 pound gator, setting a new state record. Time said that the alligator weighed as much as a Harley Davidson motorcycle and was almost as long as a Jeep Cherokee. I found myself struck by this report. It wasn’t because the alligator was so large. When I lived briefly in Mississippi, I quickly learned that it was no exaggeration that every irrigation ditch in the state contained at least one big alligator.  It was the specific comparisons to the motorcycle and the Jeep that interested me. I wondered what motivated the writer to use these two mechanical comparisons.

Were these objects very familiar ones to the writer, or was it assumed that these comparisons would have the most impact, prompting the readers to think, “Wow, that’s one huge alligator.” I would also be interested in knowing the gender of the writer. These seemed like especially masculine comparisons.  I would guess that most women writers might use the car analogy, but not specifying the make and model.    I   don’t believe many of them would   use the Harley Davidson comparison at all.

Personally I had no idea how much a Harley weighs.  In any case, it is not a very precise comparison, since a 2012 Electra Glide weighs 889 lbs. while a 2006 Sportster 883C is only 562 lbs.  For the record, up until last Monday you could have seen an even larger alligator (Mighty Mike) at the Newport Aquarium.  Mike, who is now off to a Michigan zoo, weighed in about the same as a Harley Road King at 812 lbs.

All of this, of course is about how best to communicate the relative size of something. People use a wide variety of metaphors and similes for such comparative purposes.  As our culture has becomes more technology oriented, it seems like we tend to use more technological artifacts as analogies to help us describe the natural world, especially animals.

Looking at some recent headlines I discovered there is Venezuelan oil pit  that contains  the remains of various extinct animals, “including a giant armadillo as big as a car” and a “bus-sized crocodile.” Last year at  Mobile, Alabama’s Gulf Coast Exploreum there was an exhibit featuring  a  Megladon, a school bus sized” ancient shark. A Blue whale’s heart is as big as a “small car” and in the Philippine’s a volcano was said to have spewed “rocks  as big as a living room”.  Since we are all familiar with cars, buses, and living rooms, these comparison function  fairly well for us.   I wonder if this process works in reverse.  For example when Native Americans saw their first automobile, did they said to each other, “Gee, this thing  is as big as a buffalo.”

The use of such comparatives are large part of our popular culture and frequently  show up in the media. In the early days of television, there were game shows such as I’ve Got a Secret and What’s My Line, where celebrities had to determine some fact about a challenger by asking questions.  The standard question used to help estimate the size of something was, “Is it bigger than a breadbox?”  Comedian Steve Allen claims to have originated this question, which never failed to get a laugh, probably because even back then, breadboxes were considered a bit old-fashioned.  For my younger readers, breadboxes were containers usually made from metal that were intended to keep bread fresh,  In modern terms, they were the size of small microwave.

Commenting on a phenomena that many people have noticed, Daun Thompson, a  Dallas-based comedienne says she is fascinated by the fact that “hail is usually described as the size of a sports ball, while tumors are usually described as the size of a breakfast fruit.” In the her blog “The Assertive Cancer Patient” (assertivecancerpatient.com) writer Jeanne Sather notes that a Google search for “tumor grapefruit” turned up 214,000 matches referencing articles with titles like, “Grapefruit-sized tumor removed from giraffe’s head in  historic operation…”.  Her search for “pea-sized tumor” turned up over 25,900 matches.  She says, “I’m still trying to find a psychiatrist who can explain oncologists’ fixation with fruit.”

Some people believe that fruit analogies are used because tumors are usually described in centimeters and most of  us Americans  don’t understand the metric system.  Even if standard measurements are use it’s still difficult for most of us to visualize something that is said to have diameter of two inches or circumferences of 6 inches, but we all know what a grapefruit looks like. Comedian Gary Gulman, has a popular routine in which he rants about how awful grapefruit tastes. He concludes that God created grapefruits for the sole purpose that doctors would have a way to describe tumors.  But the comparison only is used one way, as comedian  Janeane Garofalo observed  saying  “Have you ever noticed nobody has ever ordered a grapefruit the size of a tumor?  There’s no reciprocity”

When it comes to the weather, sports balls are the ticket especially to describe the size  of hail. The National Weather Service’s actual chart of hail sizes includes:  Ping Pong Ball, Golf Ball,  Tennis Ball, Baseball, and Softball sizes. Sports balls, however don’t adequately  cover all the  possibilities, so they’re  supplemented by other objects such as Peas, Plain M&Ms, Pennies, Nickels, Quarters, Walnuts,  Half Dollars, Limes, Teacups, Large Apples, the ever popular Grapefruits, and the modern Computer CD-DVD. Hen eggs are also  used in reference to hail,  while goose eggs seem reserved for describing bumps on the head. .

There is occasionally some overlap in and  sports ball are used to describe health issues such as when  Cancer survivor Liz Holzemer’s wrote a book entitle Curveball: When Life Throws You a Brain Tumor.  This memoir is about a meningioma the size of a baseball. A former boss of mine once told me that his brother had an abdominals cyst the size of a football—one image that I would gladly forget.

In a more upbeat vein, the website www.babycenter.com/slideshow-baby-size uses fruit and vegetables to give expecting couples some idea as to how fetal development is progressing.  For example at 4 weeks the average embryo is the size of a poppy seed, at 7 weeks a blueberry, and  at 9 weeks  the size of a grape. By 40 weeks, however, the fetus is said to be te  size of a small pumpkin. Perhaps that’s why we use it as an affectionate pet name.

Peas, seeds, berries, and BBs seem to among the items most favored for making  small comparisons. When talking about faith, the New Testament employed the analogy of the “mustard seed”.  Appliances are often used for slightly larger things. John Lennon once said that  his grandmother’s radio was as big as a  refrigerator and, of course, there was the very large and bulky Chicago Bears football player William “Refrigerator” Perry who played in the  1980s and 1990s. When we are talking about things larger than cars or buses,  we enter the the realm of things as big as a house, as big as a barn, as big as a football field, or even as big as the state of Rhode Island.

Size comparisons are frequently used  in works of humor to exaggerate things for comic effect, such as the Seinfeld episode in which George Costanzo describes his vision of paradise as  a  place where he is eating “a block of cheese the size of a car battery.”  In the 1977 movie Annie Hall, Woody Allen’s character Alvy Singer says to Diane Keaton, “Honey, there’s a spider in your bathroom the size of a Buick (a car known for its size and bulk).”  Finally there is the very wise nutritional advice from the National Lampoon Magazine to never eat anything “bigger than your head.”